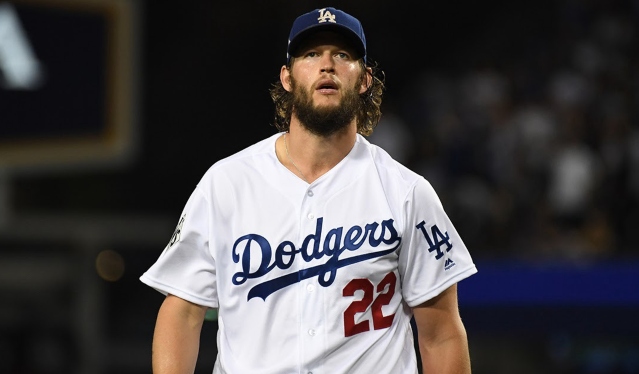 Tuesday night showed why Clayton Kershaw is a first-ballot Hall of Famer and why he will have a plaque in Cooperstown one day. It also showed every bit of reason why the Dodgers signed Mookie Betts to a 12-year, $365 million contract extension. In an almost-perfect evening, the Los Angeles Dodgers cruised to an 8-3 win over the Tampa Bay Rays in Game 1 of the World Series.

Kershaw’s final line was six innings pitched, allowing one run on two hits and a walk while striking out eight. He ran into traffic early after allowing a leadoff hit and a walk in the first inning. After the first, though, he only allowed one hit—a home run in the fifth inning to Rays’ center fielder Kevin Kiermaier.

Cody Bellinger got the scoring started for Los Angeles in the fourth inning with a two-run home run off Rays’ starter Tyler Glasnow. Bellinger looked more than fine on that swing after hurting his shoulder in Game 7 of the NLCS celebrating his game-winning homer.

In the bottom of the fifth, the Dodgers scored four runs. Betts led off with a walk and then cemented himself as America’s hero stealing second base and providing fans with free Doritos Locos Tacos from Taco Bell. Betts then stole third in a double steal, with Corey Seager stealing second right behind him. It was the first time since 1912 that a team had stolen three bases in one inning. Betts then scored off a Max Muncy fielder’s choice in which he raced home and slid safely under the tag. Consequently, Will Smith and Chris Taylor ripped RBI singles, with pinch-hitter Kike Hernadez adding another to make it 6-1 at that point.

The Mookie Betts show continued in the bottom of the sixth when he hit his first home run of the postseason off Rays’ left-handed reliever Josh Fleming. Justin Turner then just missed a home run in the next AB, hitting the ball right off the top of the wall in center field for a double. Muncy then followed with an RBI double of his own to make it 8-1.

Right-hander Dylan Floro relieved Kershaw in the seventh and ran into trouble. Floro ended up being tagged for two runs. Left-hander Victor Gonzalez then relieved Floro, allowing two hits, but got out of the inning off an iconic double play. Gonzalez caught a scorching liner off the bat of Rays’ catcher Mike Zunino and threw to second base for the double play.

After Kershaw got out of the first inning without giving up a run, he cruised the whole way through the sixth, which was big for the Dodgers. Timely, situational hitting, followed by the hustling plays of Betts, showed why this Dodger team has been the favorite to win it all since the early days of the regular season.

After tonight, however, the job isn’t finished, as they still have three more wins to go.

The Dodgers will face the 2018 American League Cy Young Award winner Blake Snell in Game 2. The left-handed pitcher has posted a 3.20 ERA over four starts this postseason.

Dodger manager Dave Roberts announced late Tuesday night that Tony Gonsolin will start Game 2, having previously noting that it will be a bullpen type of game. Dustin May and Julio Urias will also be available in relief.

Game 4 started off much differently than Game 3, in more than one way. Game time temperature was about 30 degrees less, with wind gusts up to 22 MPH blowing in from centerfield. The Dodgers also failed to score in their first two innings, and couldn’t muster more than two runs.

END_OF_DOCUMENT_TOKEN_TO_BE_REPLACED

It wasn’t neat, it wasn’t necessarily tidy. But when all was said and done, the Dodgers got the win, and that’s all that matters.

END_OF_DOCUMENT_TOKEN_TO_BE_REPLACED

The biggest change in Kershaw’s pitching has been his increased velocity this season. His velocity jumped up an average of 1.5 mph from last season. He received run support early and it was all he needed, a couple of RBI from Matt Beaty, AJ Pollock, and Cody Bellinger sparked a four-run third inning.

With Kershaw going seven strong innings, it gave the bullpen a breather after it had to eat up more than seven innings the previous day after a Julio Urias 1.2 inning start. Kershaw has allowed only five hits in his last two starts and just two runs, both courtesy of the long ball. Home runs given up by Kershaw have increased through the past seasons, but his start to this year has still been exciting to watch.

Now in his age 32 season, and after a back injury postponed his debut, Kershaw has put up a 3-1 record with a 2.25 ERA. He also leads the team in strikeouts this season with 29 and is second in innings pitched just behind Ross Stripling with 24. Kershaw has probably been the best full-time starter at this point. There is also Tony Gonsolin, who has been amazing and hasn’t even allowed a run in three starts this year. However, Gonsolin has been up and down with the team and was optioned recently to recall left-hander Victor Gonzalez. Gonsolin will probably be back with the team to make another start at some point and continue his strong case for a playoff roster spot.

With the Dodgers taking three games out of a four-game series from the Mariners, they now sit at 19-8 and have the best winning percentage in the majors at .701. They also continue to add on the best-run differential in the league which now sits at +66. Los Angeles is four games clear of the Padres, who are in second place now. Four out of the five teams in the NL West have winning records with the Giants being the only exception.

Nearly halfway through the season (yes, you read that halfway through the season), the Dodgers sit with the best record in baseball. Friday night will be the opening game of a home three-game series with the Colorado Rockies, the first series between the two clubs this year. The Rockies through the first couple weeks of the season seemed to be the hottest team in the league, as Charlie Blackmon was batting .500 at one point. Since then, the Rockies have cooled down, currently sitting in third place in the division, five games out of first.

The Dodgers have an 8-5 record at home and a 11-3 record on the road. The three starting pitchers slated to start this weekend’s series are Walker Buehler, Dustin May, and Stripling.

Buehler, who has had a rough start to the season after joining the team late in Summer Camp, hopes to swing some momentum his way. He allowed five runs in his last start against the Angels in 4.2 innings. His ERA stands at 5.21 and he hasn’t factored in any decision as his record is still 0-0.

The probable pitching matchup on Friday pits Buehler against right-hander Jon Gray. The first pitch is scheduled for 6:40 p.m. Pacific. 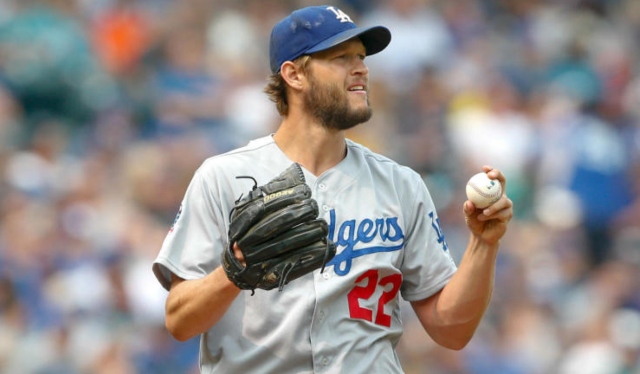 The Dodgers on Sunday activated left-handed starting pitcher Clayton Kershaw from the injured list. To create space on the active roster, the team optioned right-handed pitcher Mitch White back to camp.

END_OF_DOCUMENT_TOKEN_TO_BE_REPLACED 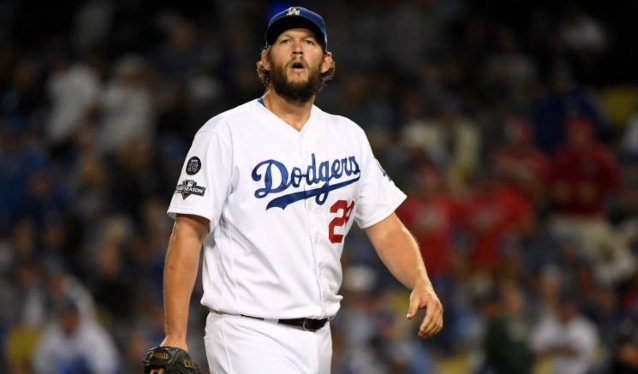 In an unfortunate turn of events just hours before Thursday’s season opener, the Dodgers have placed left-handed pitcher Clayton Kershaw on the injured list with back stiffness and have recalled right-handed pitcher Dustin May.

END_OF_DOCUMENT_TOKEN_TO_BE_REPLACED

While there’s still plenty of time remaining before the beginning of the abbreviated 2020 MLB season, there is a good chance that Clayton Kershaw will take the mound for the Dodgers for the opener, so long as everything stays on track.

END_OF_DOCUMENT_TOKEN_TO_BE_REPLACED 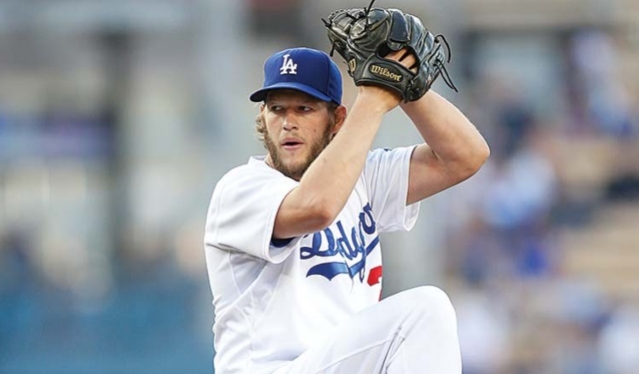 As Dennis stated in his column yesterday, we are now halfway through Cactus League play. The Dodgers will open their season Thursday, March 26 at home against the San Francisco Giants.

END_OF_DOCUMENT_TOKEN_TO_BE_REPLACED 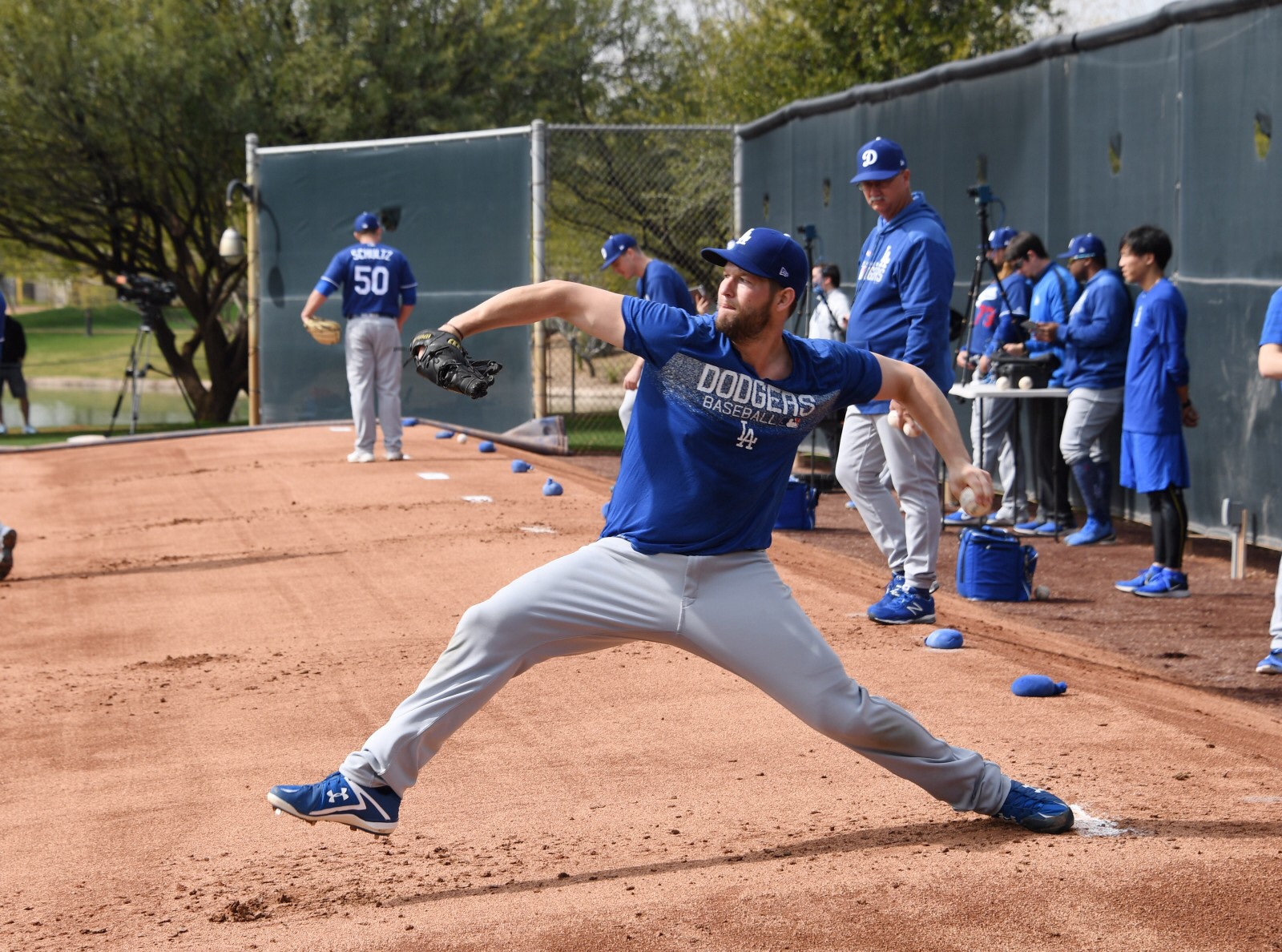 Is it time for actual baseball games yet?

As the Dodgers spring training continues on, the hangover of 2017 also just keeps lingering. This, of course, is through no fault of the Dodgers themselves; I’m certain that they are more than happy to finally move on from that fated season.

END_OF_DOCUMENT_TOKEN_TO_BE_REPLACED

For the first time in a few years, Clayton Kershaw has entered spring camp with a full head of steam.