With just four games left in the regular season, the Dodgers will finally have their full starting rotation back, just in time for the playoffs.

Manager Dave Roberts announced earlier this week that Clayton Kershaw and Walker Buehler will be the Game 1 and 2 starters, although the order is yet to be determined. Game 3 is also yet to be determined, and it could end up being an all hands on deck situation.

Much of that will depend on how well Buehler pitches in his next two starts. He has been sidelined for much of the month of September with a blister on his pitching hand.

The goal for Buehler in his start Thursday is for the right hander to go six innings and approximately 90 pitches. He has only achieved that once so far this season and has only pitched 7-2/3 innings in real games over the past four months.

In this 2020 season, Buehler has pitched in seven games for a total of 32.2 innings. He has 36 strikeouts and a 1.01 WHIP with a 3.86 ERA. His last major league outing was September 8th vs Arizona, when he was removed after 2.2 innings because his blister flared up again. He pitched in a simulated game on Sunday, where he threw 90 pitches, 75 of them with his blister uncovered.

It is critical to the Dodgers’ World Series hopes that Buehler is able to pitch, pitch well, and for five to six innings each outing. With the new format of the NLDS and NLCS being played with no breaks between games, starters being able to go deeper into games becomes more critical. Relievers will not have days off to rest between games, and overuse could become an issue.

The Dodgers have four starters without Buehler, in Kershaw, Dustin May, Tony Gonsolin, and Julio Urías. However, Roberts has said that at this point, Urías will be used out of the bullpen in the playoffs. Julio looked good in his outing yesterday against the Oakland Athletics, where he was brought in in the third inning to handle the middle bulk of the innings. Urías has been having issues with the first inning of the game and then settling down. He could be used this way in the playoffs, with the Dodgers employing an opener for him (although apparently not Joe Kelly, who did not do well with his opening job on Wednesday ).

The Dodgers could handle that through the first series, and probably through the NLDS. But they might not be able to shoulder the loss of Buehler through the NLCS and World Series, especially if those series went more than five games.

Usually, Dodger fans are worried about the offense going flat in October and the bullpen letting them down. This year, the starting rotation may be the biggest worry going in to the playoffs.

When you have the best record in the majors, you have the luxury of letting players rest whenever the manager sees fit. After all, the only thing on the line was the Dodgers’ streak of winning series this season.

END_OF_DOCUMENT_TOKEN_TO_BE_REPLACED

Some things are larger than sports, and the Los Angeles Dodgers proved that on Wednesday by postponing their scheduled game against the San Francisco Giants.

END_OF_DOCUMENT_TOKEN_TO_BE_REPLACED

One can’t be too mad at a loss after seven straight wins, but fans of the Dodgers might think they could have lost a little better.

END_OF_DOCUMENT_TOKEN_TO_BE_REPLACED

What a difference a week makes.

Last Monday, some fans of the Dodgers were worried about when the offense was finally going to start going regularly, and the Dodgers, while having a good record, were in third place in the NL West.

END_OF_DOCUMENT_TOKEN_TO_BE_REPLACED

The Los Angeles Dodgers have finished their first road trip of this shortened season, going 7-2. Manager Dave Roberts rated the journey though Houston, Arizona and San Diego “a solid A.”

END_OF_DOCUMENT_TOKEN_TO_BE_REPLACED

In a normal season, if the Dodgers had gotten off to a 2-2 start, fans would grumble and make excuses while probably being a little concerned—overall it wouldn’t be that big a deal. After all, even though the Dodgers were playing the San Francisco Giants, who are most definitely in a rebuilding year, it’s still the Giants, and crazy things happen in games against them.

END_OF_DOCUMENT_TOKEN_TO_BE_REPLACED

From some Dodgers fans’ perspectives, Andrew Friedman has not had a great career. Missed World Series wins and missed free agent signings had fans thinking he would never get the Dodgers over the hump. But this time, he came through.

END_OF_DOCUMENT_TOKEN_TO_BE_REPLACED 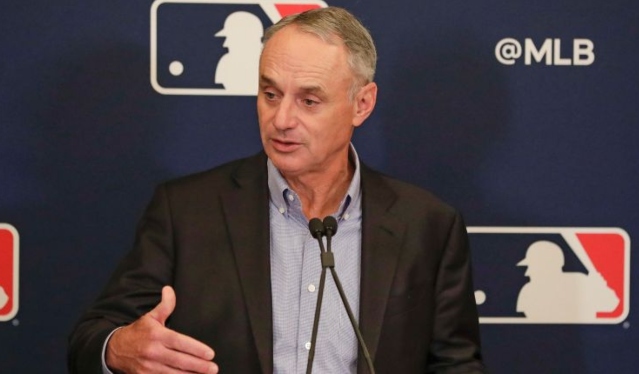 While there definitely was a lot more talk and posturing this week, we are no further along in really knowing whether there will be actual baseball this season.

END_OF_DOCUMENT_TOKEN_TO_BE_REPLACED

In what has been a drawn out saga through a long spring without sports, it appears that baseball might finally be close to returning.