The Los Angeles Dodgers are on another one of their infamous tears, having won 27 of their last 38 games after a six-game losing streak and season-low 10 games under .500 in mid-May. This is the stuff beat-writers dream of—a Dodgers team featuring an All-Star candidate in Matt Kemp that was considered a strong DFA candidate before the season began. Max Muncy is 2018’s 2017 Chris Taylor, and an almost entirely rebuilt rotation has filled in for injured stars, with Ross Stripling turning himself into Clayton Kershaw 2.0.

END_OF_DOCUMENT_TOKEN_TO_BE_REPLACED

“When adversity strikes, that’s when you have to be the most calm. Take a step back, stay strong, stay grounded and press on.” – LL Cool J

END_OF_DOCUMENT_TOKEN_TO_BE_REPLACED 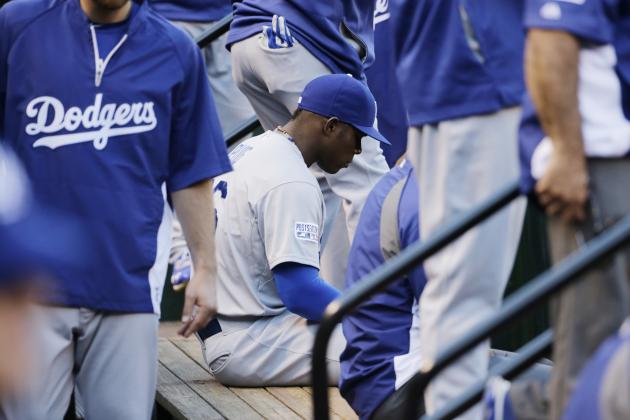 The Los Angeles Dodgers have a talented, 25-year-old Cuban tearing up pitchers in Triple-A, while the player the Dodgers acquired to replace him has been all but non-existent in the lineup — an easy out. For all intents and purposes, Yasiel Puig seems like the answer to the only weak spot in a surging Dodgers lineup, Josh Reddick.

END_OF_DOCUMENT_TOKEN_TO_BE_REPLACED

Ned Colletti. See? Two words in and you, as a Dodgers fan, are feeling some type of way. The Dodgers under Colletti spent lavishly, made blockbuster trades, and threw their financial muster around at anyone and anything that would receive great public approval. How many World Series titles did the Dodgers claim? Oh that’s right. None. They didn’t even reach the World Series. While the Dodgers were spinning their wheels, Andrew Friedman and the Rays were popping bottles after 162 games.

The 2010 Dodgers roster featured names like Clayton Kershaw, Hiroki Kuroda, Vicente Padilla (and the surprising success of the soap bubble), Russell Martin, Casey Blake, Rafael Furcal, Garret Anderson, Matt Kemp (in his prime), and Manny Ramirez. Many of those names were considered premier talent in the league. Where did that team finish? 80-82, fourth place in the National League West.

The 2011 and 2012 Dodgers campaigns also failed to make the playoffs.

Now why did I spend the first four paragraphs laying all this out? Not just to calm you down from mentioning that name at the beginning of this piece, but also to provide apparently desperately needed perspective as this offseason trudges along without blockbuster Dodgers news.

Hiring a President of Baseball Operations like Friedman was the writing on the wall for many educated baseball observers, signaling the beginning of the inevitable. The Dodgers simply couldn’t spend close to $300 million per season chasing after a World Series. The first two seasons under the new ownership were a showcase, a promise to Dodgers fans that their complaints are heard, and better things were awaiting in the ashes of a nasty divorce.

While Dodgers fans have watched one of the most star-studded free agent markets in recent memory with longing eyes, that sneaky front office went behind their backs, and slowly, methodically, built the farm system with shrewd trades.

This is a new type of Dodgers baseball, and not the type sports writers want to see because the Hollywood storylines are much harder to come by. However, the front office has set up the franchise for years of competitive, and downright cheap talent. Cubans like Yusniel Diaz, Omar Estevez, and Pablo Millan Fernandez are cheap compared to the average Major League Baseball big name free agent, and the youth in farm system has astronomical, controllable potential. For example, Joc Pederson won’t even be eligible for arbitration until 2018 (according to Spotrac.com). Prized pitching prospect Julio Urias, Jose de Leon, 2016 projected starting shortstop Corey Seager, and Puig all have years of control remaining on their contracts, with very high ceilings.

Signing the likes of David Price, Jordan Zimmerman, Johnny Cueto, and yeah even Zack Greinke would have only blocked the talent that is soon to be contributing at the Major League level. A 3-year deal for Scott Kazmir and an 8-year, incentive laden deal for Kenta Maeda are brilliant moves to mitigate overall cost while providing flex and trade value.

Don Mattingly is gone, fittingly to a team with its own set of problems. New manager (Dave Roberts), new look, same Dodgers success.

Patience. The agony of a boring offseason will be worth all the postseason glory. The Dodgers will make the 2016 MLB playoffs, and you’ll be right there, cheering them on. Think Blue Planning Committee will be cheering them on too, in between diving into your January Facebook posts to make fun of you for crying now and high-fiving in October.