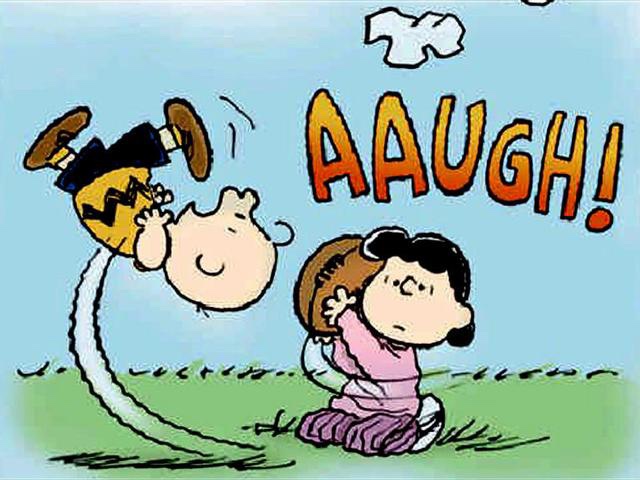 Since the self imposed owner’s lockout began on December 1st, MLB and the Major League Baseball Players Association have sporadically been in talks about a wide range off meant to better or worsen the state of the players and the game, depending on which side you are on.

MLB then stated that February 28th was a hard end to discussions, if there were to be games starting on time.

February 28th has come and gone – however, MLB moved the hard deadline to 5pm ET on Tuesday, March 1st.

Both sides had dozens of discussions throughout Monday and into Tuesday morning, both between themselves and with each other. Players walked back and forth between where the owners were located and their own discussion area. Things were said to be progressing enough that an extension to the deadline was warranted.

Y'all should know by now.

But, as time marched towards that second owner imposed deadline, reps from MLB began to float rumors that the union was not willing to compromise, that the union was taking a step backwards, and that talks had deteriorated, again, due to the union.

However, it was only one side that was unwilling to compromise – the owners.

FWIW MLB has pumped to the media last night & today that there’s momentum toward a deal. Now saying the players tone has changed. So if a deal isn’t done today it’s our fault. This isn’t a coincidence. We’ve had the same tone all along. We just want a fair deal/to play ball.

The final off from MLB came in just before 4pm ET. It includes

The MLBPA unanimously rejected the owners proposal and the regular season will not start on time.

The union earlier offered to drop its request on the new pre-arbitration bonus pool to $85M the first year, with a $5M increase annually over course of the deal. The union was previously at $85M, with MLB having been at $25M.

The MLBPA has also backed off their ask for increasing the percentage of players who would be qualify for Super Two status. They had first countered with 35%, but it was since dropped to 22%.

Another sticking point for the owners was the expansion of playoff teams. As currently constructed, there are 10 team – three divisional winners plus two wild card teams per league. The owners wanted 14 playoff teams, which was tied to a contingent deal with ESPN for $100M.

According to reports, MLB attempted to coax the Players Association into a 14-team postseason format by tying it to a $700,000 minimum salary and $40 million pre-arbitration bonus pool. The union has been seeking a $775,000 minimum and $115 million for a bonus pool.

At a press conference at 5pm ET on Tuesday, Commissioner Rob Manfred stated that the season will indeed not start on time.

In his speech, Manfred laid out what the owners offered, but since an agreement could not be met, the first two series of the season have been canceled. He stated that the games will not be made up, and the players will not be paid for time missed.

The MLBPA and player representatives have left Florida and the next meeting between the two parties is unknown.

Rob Manfred stated on December 2nd, when the owners imposed this lockout, that this was the best way to preserve the 2022 season. He stated that he hoped the lockout would jumpstart the negotiations to get an agreement on time for the season to start.

The owners next sent their proposal 43 days later.

Not only are the fans losing the game they love, so many facets of people are losing their jobs – spring training facilities, concession workers, local places that see upticks in revenue because of baseball, clubhouse workers, and on and on. The owners are not losing much to stick to this greed to not share just a fraction more with the players, the ones actually playing the game.

This is a sad day for baseball.

Couldn’t have said it better myself, Jeff