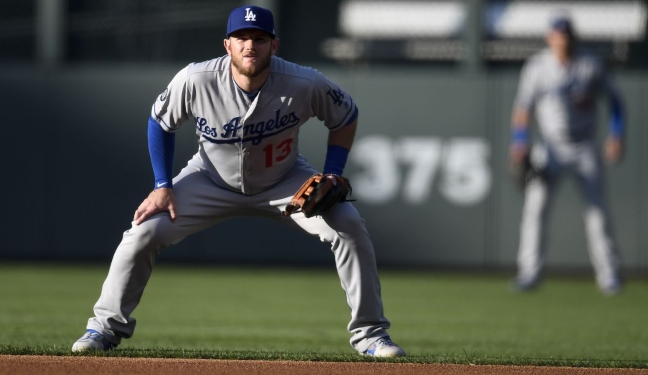 For fans of the Dodgers who watch the majority of the games, many opinions have surfaced lately as to why some players don’t try to beat the shift more to get on base.

I had a few opinions on the matter, but I was certainly enlightened a bit more after doing just an hour or so of research, which is a miracle in itself when considering my schedule. Indeed, there were plenty of resources out there that crunched a bunch of endless numbers, but I eventually stumbled upon a story written in 2018 based more on principles and theories instead of compounded data alone. It was put together by Jerry Crasnick, who, at the time, was still doing some writing for ESPN.

It’s probably best to precede everything by talking a little bit about launch angles. Along with their hitting coach Robert Van Scoyoc, the Dodgers are huge on launch angles, which have been key in establishing their success as one of the best offenses in the National League, at least as far as the regular season goes.

Many concepts regarding launch angles don’t just revolve around the home run—a double is also a much desired outcome when trying to hit the ball over the top of the infield. The primary theory is that it takes at least three players of average speed to score a single run, if all those players hit singles. If one of those players hits a double or a triple, only two base hits are usually required to score a run (instead of three). And, obviously, it takes just one player to score a run in the event of a long ball.

It’s also worth mentioning that there are an increasing number of pitchers who are throwing sinkers. These pitchers are notoriously known as “ground-ball pitchers,” as the downspin on the ball induces many more groundballs than flyouts. Theoretically, an increased launch angle can combat an effective sinker.

Coincidentally, in 2011, batters hit ground balls 53.2 percent of the time when they put a ball in play against the shift. Last season, that number was 43.9 percent, which is the lowest it’s been since shifting has become common.

Travis Sawchuck of FiveThirtyEight.com laid out some interesting findings earlier this year, stating that “the average launch angle of a batted ball has increased in every year of the Statcast era, rising gradually from 10.1 degrees in 2015 to 11.7 in 2018. But with the shift on, batters are even more likely to hit the ball in the air. The average launch angle against the shift last season was 14.7 degrees, a notable jump up from 13.1 in 2015.”

Put simply, the modern philosophy is that balls hit in the air are much more valuable than ground balls. The abilities of a pitcher to command the strikezone are a huge reason for this. For example, for a left-handed hitter to drive a cutter in on his hands down the third base line is much more difficult than pulling the ball towards the first base side. Thus, to beat the shift, teams try to hit over top of it instead of through it.

Anyway, back to Crasnick’s story. He interviewed several players—Kyle Seager and Daniel Murphy, among others—who are all moderately minded in regards to sabermetrics and swing philosophies.

Their responses were intriguing.

Seager confirmed our thoughts about doubles compared to singles.

“I used to try to manipulate my swing to hit balls to the left side of the infield and create some easy hits. I’ll still try to do it at times, depending on where guys are positioned, but a lot goes into it,” Seager explained. “It depends on the situation in the game. How many outs are there? Are there runners on base? If there are two outs and I get into a 2-0 count and I hit a little ground ball to the shortstop hole, that probably wasn’t as productive a team at-bat as it could have been if I ended up hitting a double somewhere.”

Furthermore, Seager explained his theory behind butting away from the shift.

“I’ve tried to bunt a few times, and I’ve had a few successes. But the third baseman is usually still in there for the first two strikes, so the bunt is not as big a factor as it could be. Again, it’s dictated by the score and the situation in the game.”

Last year, we saw guys like Cody Bellinger and Joc Pederson lay some decent bunts down the third base line, but even when a player is able to succeed, some think they’re a hindrance on first base, especially if they have the speed of say, a David Ortiz or Adrian Gonzalez. This is one of the reason that the slower, bulkier power hitters typically swing for the gaps and the fences. In the same breath, it also shows how the quickness and versatility of someone like Bellinger can benefit a club.

“I haven’t really stolen bases for five or six years. If I drop a bunt down, what am I gonna do? I’m stuck at first base, so what I’ve done is ask our ballclub to get two more singles, or I’ve asked someone else to hit a double,” Murphy said. “If 7 percent of balls on the ground go for extra bases, someone is probably going to have to hit one in the air to score me from first. So what I’ve tried to do is hit a double every single time because it’s really difficult to get three hits.”

“If I’m not mistaken, the level of production goes: strikeout, popup, ground ball, fly ball, line drive. The production comes mostly from fly balls and line drives, so that’s what we want. I’m trying to hit a line drive first. And if I miss, I hit a fly ball. Ground balls, popups and strikeouts aren’t going to give you anything. It’s not necessarily rocket science.”

Before the beginning of the 2019 season, Nathan Piccini of datasciencedojo.com put together some interesting numbers about outs-to-hits ratios, showing how things were relatively equal both ways.

At the end of the day, offensive tactics behind beating the shift will continue to evolve—as will the type of defenses we see to combat those tactics. Last season, we even saw some teams use four outfielders on several occasions.

In the meantime, my best guess is that we’ll see players beating the shift with liners and flyballs overtop of the infield, instead of slapping a grounder where there isn’t any defense, unless they have the wheels to validate their presence on first base.

17 thoughts on “Beating the Shift: Is It Really Worth the Effort?”