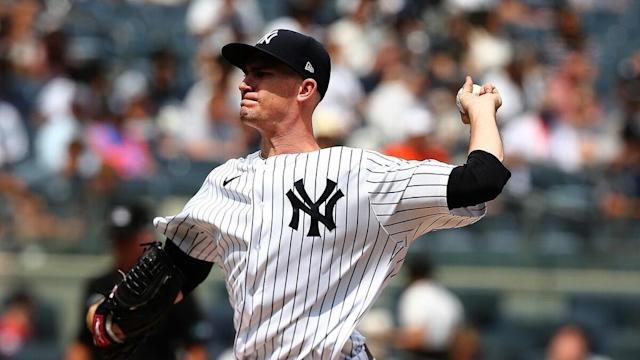 The Los Angeles Dodgers reportedly have made their first free agent signing of the 2021 off-season, and it wasn’t Clayton Kershaw.

According to reports, LHP Andrew Heaney will be (re)joining the Dodgers. Heaney was once traded from the Miami Marlins along with Kiké Hernandez, Austin Barnes and Chris Hatcher to the Dodgers in 2014, only to be flipped to the Los Angeles Angels of Anaheim for Howie Kendrick two days later.

Well, @Dodgers we had a good run! Great to be a part of such a storied franchise. #thanksforthememories

The deal is reportedly for one year, $8.5 million, pending a physical.

It is a low risk/high reward type signing that the Dodgers are fond of doing. More than a dozen teams had interest in the 30-year-old starter. He has been prone to giving up the long ball. But if the Dodgers see something in him that can be fixed, he could be 2022’s Robbie Ray.

Max Scherzer was named one of the three pitchers vying for the NL Cy Young for the 2021 season. Walker Buehler was not, as Zack Wheeler of the Philadelphia Phillies was named along with Corbin Burnes of the Milwaukee Brewers.

Scherzer finished the season with a 15-4 combined record between the Washington Nationals and Dodgers, alongside a 2.46 ERA. He got even better once he arrived in Los Angeles, going 7-0 with a 1.98 ERA for his new team. He pitched 179.1 innings, and had the lowest WHIP of his career at 0.864.

Buehler also had a great season, going 16-4 with a 2.47 ERA, a season high 33 games started with 207.2 innings pitched. He had a 0.968 WHIP and a 6.7 WAR. His fumbling towards the finish line at the end of the season may have cost him his chance at his first Cy Young nomination.

In other Dodgers news, Corey Seager is reportedly turning down the $18.4M qualifying offer from the Dodgers. This was expected, as Seager is commanding a big contract out on the open market for the first time.

The Dodgers also extended a qualifying offer to Chris Taylor, who has until November 17th to make his decision.