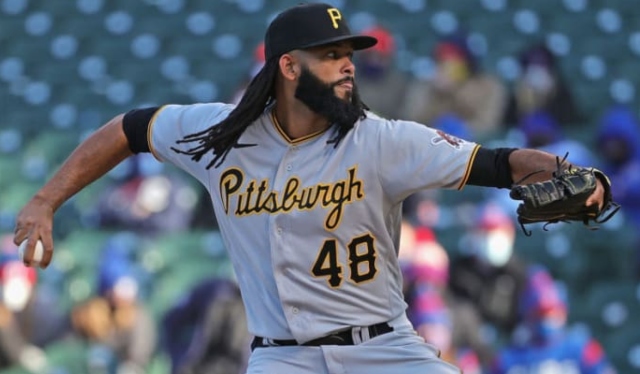 As far as major storylines go this season, it’s been one significant development after another for the Los Angeles Dodgers.

No question, a plethora of injuries dominated the first half of the year. Consequently, over the last full week, the circumstances surrounding the future of starting pitcher Trevor Bauer were the primary topics of most baseball outlets. Now, as we move through July, all the attention seems to be pointing to the days and weeks leading up to the 2021 MLB Trade Deadline.

As tough as it is to predict the success of the Dodgers on any given night, it’s probably equally as difficult to guess what front-office boss Andrew Friedman might do before the deadline. We’ve seen the team cruise to three sizable winning streaks so far this year, but we’ve also witnessed the squad amidst several dire losing skids. Similarly, for as many of us who think the team might upgrade player personnel in one area, Friedman just might surprise us and pursue a venture nobody saw coming.

Despite the inconsistencies of the offense, I’m one of those folks who believes that pitching is atop the priority list. Corey Seager — although we still don’t know exactly when — will return to the lineup at some point, in essence providing a personnel upgrade in itself. On the pitching front, the team could pursue a top notch (or several) arm, but it is certainly not limited to either starters or relievers. There’s enough flexibility on the team right now to move pitchers around into whatever roles suits the team best.

Regardless, I put a quick list of three pitchers together the Dodgers might pursue over the coming weeks. There’s been quite a few names linked to the team recently, so I decided to base my list on the pitchers who I think would benefit the team the most. We might be in store for a big splash this summer, as any marginal additions probably won’t be much better than what the team already has in house. Of course, the deciding factor of orchestrating a deal depends on whether two sides can reach an agreement by best serving each other’s needs.

In case you missed my Saturday column, I discussed a few possibilities the Dodgers might explore to replace Bauer in the rotation, whether his absence turns out to be temporary or more permanent. One of the first options I mentioned revolved around a potential acquisition of veteran righty Max Scherzer.

The 36-year-old future Hall of Famer is in the final leg of a 7-year/$210 million contract with the Nationals; but despite his age, his stuff is still among the best in the game. Known for his bulldog attitude, Scherzer definitely has the accolades to back up his reputation, even rivaling those of current Los Angeles ace Clayton Kershaw.

Over the coming weeks, Washington will be faced with the decision of becoming buyers, sellers, or staying put regarding player personnel. Sitting in third place in the National League East with a 41-43 record, it’s beginning to look like the Nats might sell, although Scherzer consenting to a deal might involve the receiving team offering him a contract extension beforehand.

The chances of the Rockies dealing within the division might be slim, but they just could be at a low enough point right now to barter with the Dodgers if the return is right. Plus, these are the players who I think might benefit Los Angeles most, so 29-year-old Jon Gray feels logical to me.

The righty Gray has been sitting at around 95 MPH with his four-seam this year, which is down a tick or two from the near 96 MPH speed he flaunted back in 2019. Having a highly ranked spin rate throughout his breaking arsenal, he’s depending more on his slider these days as his out pitch. He has a 3.94 ERA this season; but surprisingly, his ERA is much better at Coors Field (3.22) than it is on the road (5.16). Still, a change of scenery can always be favorable, especially for a player on a team that has no chances of finishing even remotely near the top of the division.

Like Scherzer, Gray will become a free agent at the end of the season, should he not somehow be extended by a club beforehand.

Honestly, I think the chances of Pittsburgh dealing righty reliever Richard Rodriguez are quite slim, but they have done more unpredictable things in the past, and remember, this is my list of who I think might benefit the Dodgers the most — not which deals would be the likeliest to happen.

The 31-year-old Dominican native’s ERA is sitting at 2.43 over a whopping 32 games this year, but if you know me, you’re aware how I feel about ERA being an accurate measuring stick for a relief pitcher. His impressive 0.780 WHIP and respectable 2.30 FIP suggest he’s more effective than his ERA indicates. Rodriguez mostly throws a four-seam and curve, with his heater usually sitting right around 93-94 MPH.

If money is a factor, Rodriguez’s $1.7 million salary this year would fit nicely into almost any team’s budget. What’s more, he’s controllable the whole way through 2023. Pittsburgh just might bite, though, if the return is highly profitable.