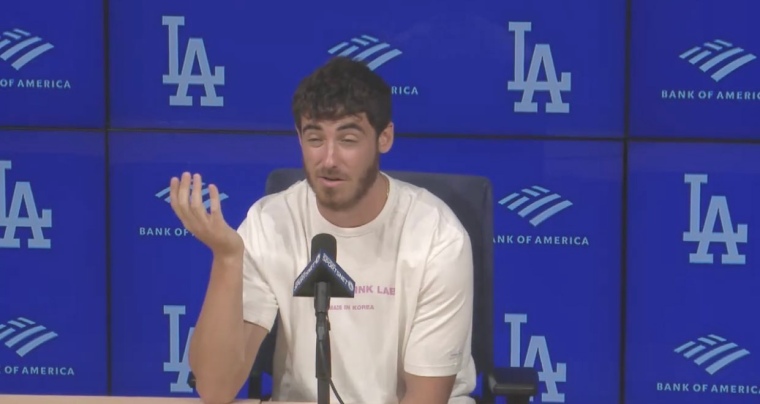 We are now just two weeks away from the start of the 2020 season, such as it is, and hope that it will happen. While some things are known, like Clayton Kershaw being the Opening Day starter, and what the schedule will look like, there are still a lot of things left to be decided and worked out.

Who will be the fifth pitcher in the rotation? The Dodgers thought they had their starting five figured out, but then David Price opted to not take his chances with the COVID-19 disease and will sit out the season. Before the five starters were announced back in the original spring training, Ross Stripling, Dustin May, and Tony Gonsolin were all thought to be in contention for the spot that was ultimately filled by Julio Urías. Gonsolin just reported to Summer Camp on Wednesday. Dennis wrote on Wednesday about May and his chances, but my money is on Stripling finally getting that starter’s role he has worked so hard for.

What’s going on with the batter’s eye? There have been two intra-squad games going into Thursday, and Max Muncy has yet to play in either of them. Muncy was taking an at bat on Sunday at Dodger Stadium, and a pitch hit him right in the left ring finger. He stated afterwards that he couldn’t see the pitch hurtling towards him because of an issue with the new batter’s eye.

Dodger Stadium has been undergoing an overhaul and renovations that started after the season ended last October. Players voiced concern about it previously, and it has already taken its first victim. Muncy has said that if it were the regular season or the playoffs, he would be in the game, but for now, the Dodgers are playing it safe.

Manager Dave Roberts said it was “a little unsettling,” but also stated that “I think the organization is certainly open to making it the best, safest backdrop, hitter’s eye, for our guys.”

While it definitely gives the Dodgers’ pitchers an advantage, who are already a step ahead of Dodgers batters, the Dodgers can’t afford to lose any more players. Which brings us to…

What happens if the Dodgers are without some key players? Much has been made about the Dodgers’ depth, and with good reason. As stated above, they had eight pitchers with a legitimate chance at the starting rotation. They have not one, but two MVP outfielders. And, they have more versatile players than the other teams in the NL West combined. But with the way of the world right now, and that never ending pandemic, one doesn’t exactly know who will actually be on the roster on July 23rd and beyond.

As of right now, Pedro Baez, Gavin Lux, Scott Alexander, AJ Pollock, Keibert Ruiz, Zach Reks, Cody Thomas, Edwin Uceta and Kenley Jansen are the players that have yet to report to camp. As one can see, three of those names are in the bullpen, with Jansen being the biggest name of all. But Roberts said he spoke with Kenley today, and said the closer is “in really good spirits, feeling good.” Roberts also said the rumor that Jansen is opting out is not true, and the expectation is that he’ll be in camp soon.

Regardless of whether Jansen comes to camp soon or not, there still is the thought that some of those players could still out from camp and may have tested positive for the virus. Reks, Thomas and Uceta were all placed on the injured list this week with no cause given.

What happens if and when a starter tests positive for the virus is something to keep an eye on, and something that may not be figured out until the season has actually started. Until then, we will continue to hope that that will not be a huge issue the Dodgers will have to deal with.

3 thoughts on “Dodgers Opinions: 3 Questions to Answer Before Start of Play”