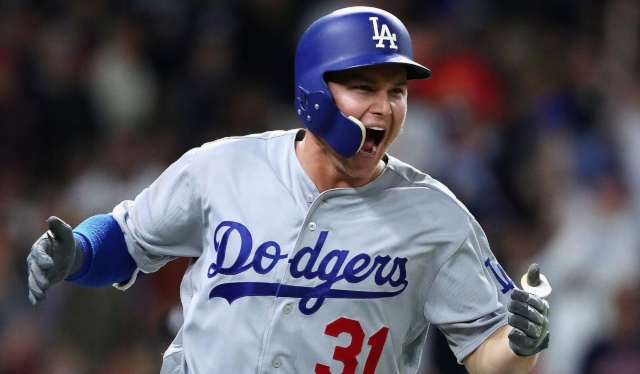 In what seems to be an annual occurrence, the White Sox have been reportedly speaking to the Dodgers about a potential trade involving outfielder Joc Pederson.

While the White Sox are almost desperate to score a high-impact outfielder, it’s surprising that they would be targeting Pederson, who has been playing in a strict platoon role with the Dodgers over the last several seasons.

Regardless, the thought of Pederson rejoining former teammate and newly-signed Yasmani Grandal definitely exudes plenty of production in the power department.

Nevertheless, Joc was still able to appear in 149 games and garner 514 plate appearances last season. His 36 long balls and .876 OPS were both career-highs, and his 3.3 WAR tied a career-high that was initially set back in 2016.

Upon reading Nightengale’s report, the first thought that crossed my mind is the player(s) the Dodgers might be interested in receiving in exchange for Pederson. If the Dodgers are seeking an MLB-ready upgrade, some type of package deal seems to be in order. I really can’t see the Dodgers dealing Pederson to upgrade their farm, and considering how deep their big league roster is, it’s not absurd to think that front office boss Andrew Friedman would be aiming very high as far as a return goes.

The first idea that came to mind was closer Alex Colome, although I’m not quite sure Chicago would part with their finest closer to upgrade its outfield, even with a Top 10 prospect alongside Pederson. Colome was acquired from the Mariners last winter and still has one more year of control before being eligible for free agency in 2021.

The 30-year-old righty made $7.3 million last year and is projected to earn $10.3 million as a third-year arbitration eligible player next season.

While I’m not overly familiar with the landscape of the White Sox system, two other players who stick out to me as possible targets are righty starter Lucas Giolito and lefty reliever Aaron Bummer.

The 24-year-old Giolito, a Santa Monica native, made 29 starts last year and posted the lowest ERA of all the White Sox starters. He threw 176-2/3 innings and punched out 228 batters on his way to his first-ever All-Star selection. His efforts in 2019 produced a 5.6 WAR.

Similar to Colome, it’s absurd to think the White Sox would deal Giolito straight up for Pederson, but the Dodgers certainly do have a plethora of prospects to sweeten the deal if talks gain momentum. If there’s anything that decreases the value of Joc, though, it’s the fact that he becomes eligible to file for free agency at the end of next season. That thought alone makes me think that Chicago would want a strong complimentary package from the Dodgers in terms of youth and control.

Bummer primarily throws a sinker complimented by a slider and an occasional four-seamer.

42 thoughts on “Which White Sox Players Might Interest Dodgers?”