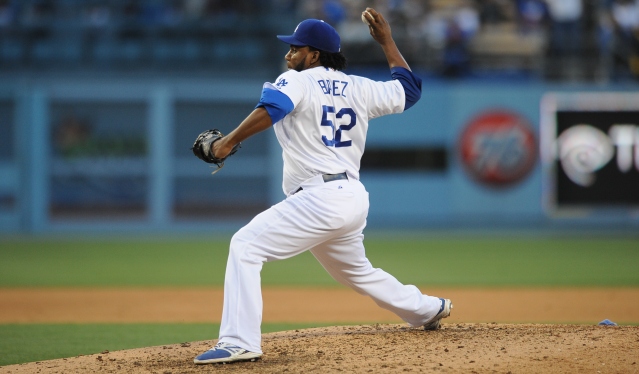 When the most trusted relievers of the Dodgers are firing on all cylinders, they appear to be among the best in the National League. When numerous members of the relief crew are missing their spots, however, they seem to be among the worst.

In reality, the Los Angeles bullpen is probably somewhere in between.

More often than not, pitchers can get away with a mistake pitch—sometimes even two. Yet, when paired with an untimely error that could have produced a double play, for example, the opposing offense tends to capitalize. The more chances an opponent has to drive home a run, the more the odds increase of them doing so.

Such was the case on Saturday night.

It’s really tough to use metrics when trying to measure the success of a big league relief crew. For the most part, we all know that saves basically mean nothing. And, we’ve discussed how inaccurate a figure ERA is when it comes to relief pitching. So, for all of the fans who breathed a sigh of relief when Dylan Floro was able to maintain his 0.00 ERA, it truly is not a big deal, at least when it comes to measuring his true performance.

While Floro has indeed been one of the most effective—if not the most effective—relievers on the club so far this season, he’s not going to be the savior that many fans feel he can be. His peripheral numbers are starting to catch up with him, and he’s starting to make more mistakes. At his best, there’s no question he can be untouchable. Many hitters across the league will tell you that his slider is deadly when he locates it where he wants it. However, when he grooves a center-cut four-seamer right down the heart of the plate, those same hitters see it as a fat, juicy cantaloupe in the peak of its season. Until he proves that he can eliminate those mistakes, he may be nothing more than a serviceable seventh-inning guy.

The exact same narrative can be attributed to Pedro Baez. When his entire repertoire is working properly, he’s downright filthy. However, on a night when he’s struggling with command, so many boos can be heard from the stands that you’d think he’s pitching for a squad in Philadelphia.

Joe Kelly, who signed a three-year, $25 million contract over the winter, has a 1.826 WHIP and a 4.76 WHIP so far this season. For those of you who don’t know what those numbers mean, they’re quite horrible when it comes to the standards across baseball. We all know that Kelly is capable of some productive streaks (see the 2018 World Series), but Los Angeles fans have yet to see a hint of that kind of success.

Julio Urias has certainly been impressive, but at some point he’s going to need a rest if the Dodgers stick to their plan of limiting his innings and saving the most important part of his workload for the stretch run of the regular season and the playoffs.

It’s doubtful that somebody like Kevin Quackenbush, JT Chargois or Jaime Schultz will swoop in and save the day like Brandon Morrow almost did in 2018. And, there’s really no relief prospects on the farm who are lighting the world on fire at the moment. Joe Broussard and Josh Sborz‘s peripheral numbers continue to rise, and Stetson Allie who can even find the strike zone, has surrendered fifteen runs on 11 hits and 10 walks over just seven full innings of work.

One important date to remember, though, is June 3. Besides being the first day of the 2019 MLB draft (and my birthday) it’s the day that a club can sign reliever Craig Kimbrel while not needing to return a compensatory draft pick back to the Red Sox. Nevertheless, it’s hard to say what kind of salary it will take to sign the righty, as this kind of mid-season precedent is atypical, specifically for a proven bullpen arm.

Can Kimbrel fit in to the current makeup of the Dodgers? Kenley Jansen thinks so, as long as Kimbrel is signed as a setup man and not a closer.

“That’s what I get paid for,” Jansen told reporters recently. “I get paid for closing ballgames. Why should I have to do anything different?”

Either way, it’s doubtful the Dodgers will land Kimbrel, anyway—especially if they intend on staying beneath the luxury tax threshold for the 2019 season. You know the money must be really tight when they claim a journeyman catcher off waivers and flip him to an American League club a few days later for cash.

Unless boss Andrew Friedman and his crew can come up with something big during the summer trade deadline, the bullpen will continue have its fair share of both impressive and disappointing moments over the course of the season. In the end, mediocrity isn’t necessarily a bad thing.

It could be a whole lot worse.

17 thoughts on “More Thoughts on an Otherwise Mediocre Bullpen”