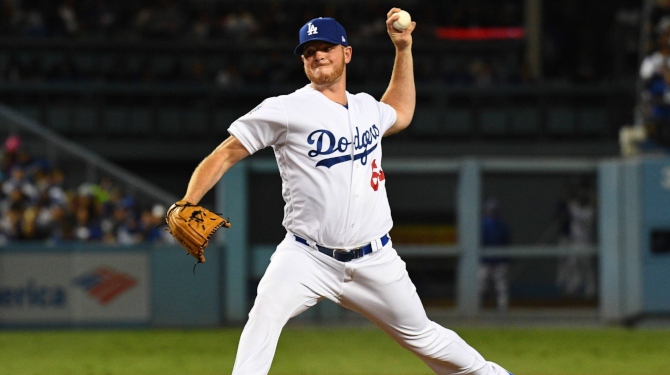 Needless to say, there have been a high number of discussions among fans regarding the bullpen of the Dodgers. Seven games into the season, there are probably more questions now about the relief corps than there were at the beginning of Cactus League play in February.

Taking into consideration the acquisition of righty Joe Kelly and the rise of Pedro Baez, many felt the bullpen of the Dodgers would be among the best in the league. Of course, building a crew of quality relievers is never that easy. More times than not, it takes time to work out the kinks of a newly built machine. The 2019 season is no exception.

Conceivably, things may be functioning beautifully by the time mid-September rolls around. That’s the primary goal. The season is long. But, at least for now, the evolution continues.

A few days after the New Year, I rolled out a prediction of the Los Angeles Opening Day bullpen, and I did not hesitate to include lefty Caleb Ferguson, as I felt that he was unquestionably one of the best eight relief options in the organization. In the weeks before spring training, information began to leak from the team that Ferguson would continue to be groomed as a starter, likely beginning his season as part of Triple-A Oklahoma City’s starting rotation.

Nevertheless, skipper Dave Roberts was not reluctant to mention that Ferguson would be considered for the big league bullpen whenever the team would need his services. When a trio of left-handers—Clayton Kershaw, Rich Hill and Tony Cingrani—began the year on the injured list, Ferguson’s services were needed immediately.

As it turns out, based on the effectiveness with which he’s throwing right now, he just may be on the big league roster to stay.

So far during the young season, the 22-year-old Ohio native has made four appearances, with most of them coming in higher-leverage situations. Over those four games, he has thrown four full scoreless innings, surrendering just three inconsequential hits. He has struck out five opposing batters, but more importantly, he hasn’t walked anyone.

In Wednesday’s series finale against the Giants, Ferguson was perfect in the eighth inning. He set closer Kenley Jansen up nicely as the Dodgers ultimately prevailed, 5-3.

Kelly was tagged with the loss against the Giants on Monday, but he is indirectly responsible for both of the team’s defeats.

While there’s a really good chance that the landscape of the Los Angeles bullpen will change as the season progresses, one thing is true right now—based on the way everyone is throwing, Ferguson is certainly the best eighth-inning option.