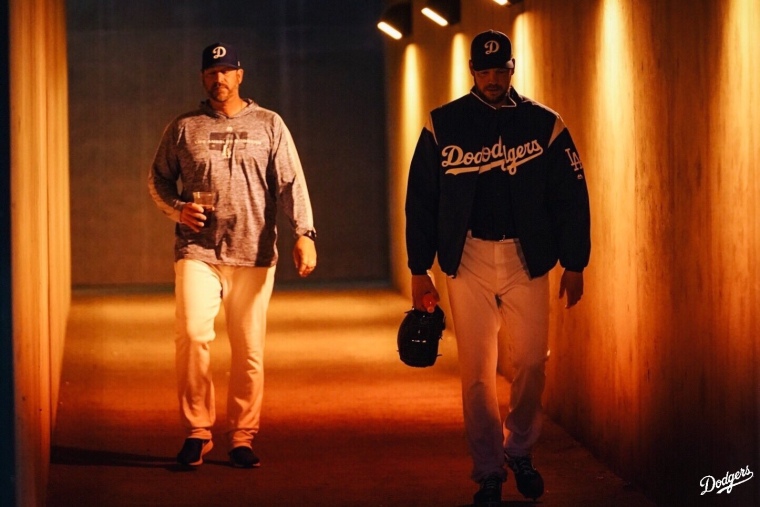 Even though it hasn’t been officially announced, it’s becoming increasingly clear that Clayton Kershaw will not be the Opening Day starter for the Dodgers for his ninth year in a row.

Kershaw has been the ace of the staff for almost a decade, but unfortunately has been sidelined in recent years by back issues. Currently, he’s dealing with a shoulder issue, possibly from pushing himself too hard to try regain his vanishing velocity. He has seen improvements in his throwing sessions lately and seems to be trending in the right direction. Regardless, he has yet to throw a bullpen since he was paused in his spring training regimens, and thus will not be ready for Opening Day.

So since he will not be ready for the first game on March 28 against the Arizona Diamondbacks, who should be the Dodgers’ Opening Day starter?

Walker Buehler is the pitcher that pops into most people’s mind first. He is the heir apparent to the Dodgers’ pitching throne, and his hopefully be the ace of the staff for years to come. The Dodgers are holding Buehler back this spring, as Buehler had a big workload last year, more than they were anticipating, and are being cautious with him after his Tommy John surgery in 2015. He just threw his first bullpen of the spring yesterday. I have no doubt there will be plenty of Opening Day starts in his future if it is not this season.

Hyun-Jin Ryu lines up with his bullpen and schedule to be available to start Opening Day. Ryu has been solid in his two starts so far this spring. Although plagued with injuries throughout his Dodgers’ career, he’s been a workhorse when healthy, and would be a solid pick for Opening Day starter.

Kenta Maeda has also put in the time to make a case for Opening Day starter. He’s logged 435.1 innings in 100 games over three years for the Dodgers, both in the starting rotation and out of the bullpen. He’s had his contract manipulated so it’s been team friendly, with bonuses and options, and Maeda has handled it all with aplomb. An Opening Day start could make up for the times he was relegated to the ‘pen throughout the playoffs.

There’s a new thought in the Majors to use a relief pitcher as a starter. So in that vein, why not give Kenley Jansen the start? Okay, I know that would never happen, but it’s fun to think about.

But we all know who the rightful Opening Day starter should be if it’s not Clayton Kershaw, and that is Rich Hill. After dealing with blister issues after his trade from the Oakland A’s in 2016, Hill has taken his place as a excellent addition to the Dodgers’ pitching staff. We all know his journey back the bigs and the tragedy in his personal life. He has the best leg kick in the league, and a fire on the mound that is invigorating. He is intelligent and thoughtful off the mound, and for all those reasons and more, is deserving of the Opening Day honor.

A tweet from Eric Stephen shows that Hill will be 39 years and 17 days old on March 28th, the oldest Opening Day starter the Dodgers have had since 1945. No one on the staff deserves it more, and we should be treated to some “Evenflow” to start the season off on the right foot, or left leg kick.

26 thoughts on “Dodgers Rotation: Who Will Be Named New Opening Day Starter?”