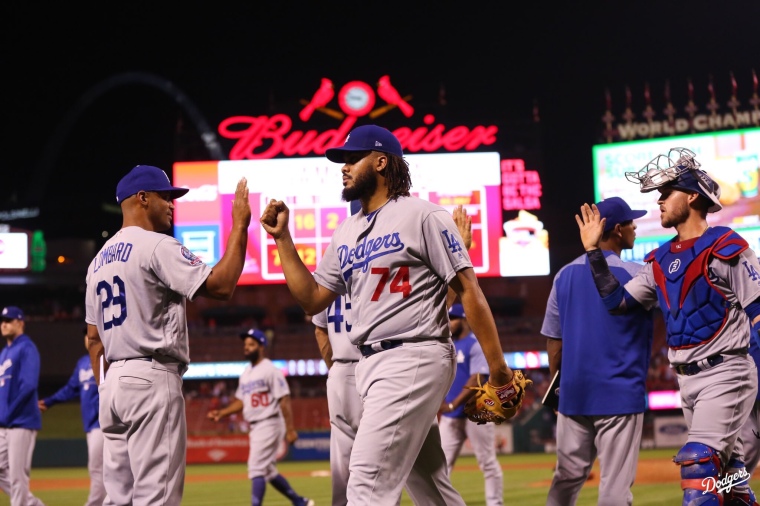 The slog of the Dodgers‘ season continues. Los Angeles still sits 1-1/2 games behind the Colorado Rockies in the NL West, but have moved up to one game back in the Wild Card standings.

This weekend, the Rockies open a three game set with the San Francisco Giants. The same Giants that have lost 11 in a row. Stands to reason that the Giants are due for at least one win in this series, as a 14-game losing streak would really be something, but the Rockies seem to be firing on all cylinders right now. The Dodgers could end up sweeping St. Louis and still not gain any ground in the division.

So, what if the Dodgers end up in the Wild Card game? That is a distinct possibility, especially if they cannot win at least two-of-three against the Rockies next week at Dodger Stadium. As previously stated, the Boys in Blue are a game behind the Cards, and three games behind the Milwaukee Brewers.

The Brewers are in the same situation as the Dodgers, sitting 1-1/2 games back in the NL Central. They open up a three game set with the Pirates this weekend, while the Cubs will take on the powerhouse that is the Cincinnati Reds. The Brewers just played the Cubs head-to-head, and took two of three from them, to get them to their current standing.

Clayton Kershaw would most likely be on the mound for the Dodgers if they faced Milwaukee in a Wild Card scenario, at Miller Park. (Some finagling might have to happen with the rotation to make this happen, but I’m not sure how they’d justify another pitcher starting that game). He has a 4-1 record there with a 1.40 ERA, and a .169 opponent average against him. Christian Yelich is his nemesis, but the lifetime numbers for the rest of the Brewers lineup is in Kershaw’s favor. The Dodgers won the season series with the Brewers this year 4-3, taking two of three at Miller Park.

Should the Dodgers beat the Brewers, they would then face the Chicago Cubs, whom they defeated in five games last season to go to the World Series. The Cubs have been having a bit of a struggle in the second half of this season too, not having much of a break at all down the stretch. If they got passed them, it could very well set up a showdown with the Rockies to see who has the right to go to the World Series.

Of course, if the Dodgers get hot, the reverse could happen, in that the Rockies could take the second Wild Card and follow the same path.

At any rate, the offense needs to continue playing like it did last night, grinding out at bats and moving the line along if they have any chance to outlast their own pitching, and keep winning. The pitching last night could be an aberration; Kershaw just had one bad inning, slightly added by some bad defense, and Kenley Jansen is still shaking off some rust.

As we’ve all heard ad nauseam, every game from here on out is a playoff game. I believe that if the Dodgers get hot, they are the team to beat in the playoffs. It just remains to be seen if they can do enough to clinch a spot.