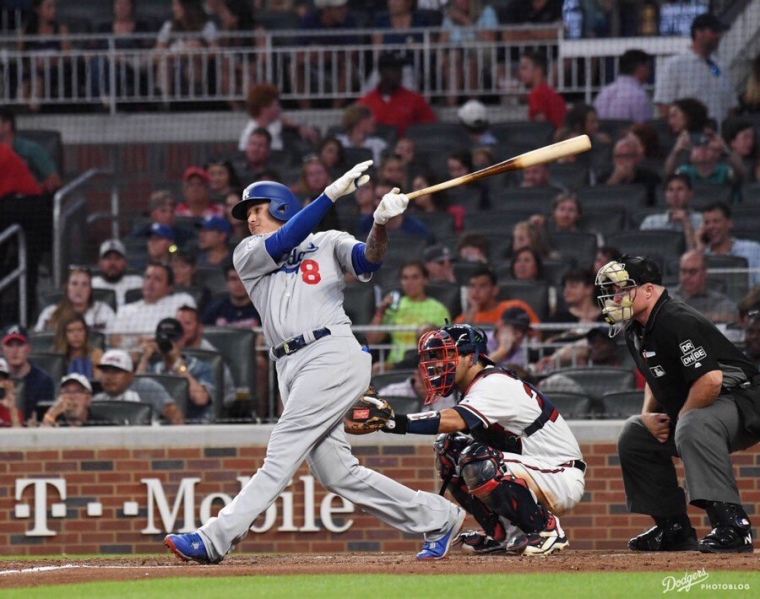 The non-waiver trade deadline is tomorrow and if you believe all the rumors, the Dodgers seem to be in on every pitcher out there. There’s also some crazy rumor that they’re in on Bryce Harper, who may or may not be available. No way they go all in on Harper even if he was on the trade block. The best thing will be when it’s after 4pm EST Tuesda, and we know what was or wasn’t done to improve the team.

I still think the Dodgers will get at least one reliever before the non-waiver deadline. Going out to get Manny Machado seems to belie that management is going to do the best it can to make the team better. The latest rumor is that the Dodgers are scouting Rangers’ closer Keone Kela. The 25-year-old righty just collected his 24th save of the season on Sunday, has a 3.44 ERA, 1.15 WHIP, and 43 strikeouts. He has two more years of control left on his contract, so the price could be steep. The Dodgers have also been rumored to be looking at other relievers from the Rangers, namely Jose Leclerc, Alex Claudio and Jake Diekman.

The Nationals are said to be listening to offers on their relief pitchers Kelvin Herrera, Ryan Madson and Shawn Kelley. Since they don’t seem to know if they really want to sell or not, one could assume the deal would have to be really lucrative to make them want to do it.

Two pitchers I would hope the Dodgers stay away from are Bud Norris and Robert Osuna. Although Norris was once a a Dodger, I don’t think he’s the kind of guy they’d like to have in the clubhouse again. Osuna is eligible on August 5th to come back from a 75-game suspension for domestic violence, and again, not someone the Dodgers need in their clubhouse for that reason alone, along with the fact that his case has not yet been closed.

The Dodgers just finished 6-4 on a difficult 10-day road trip through Milwaukee, Philadelphia and Atlanta. They escaped rain delays somehow, despite the weather the East Coast had last week, and a no-hit bid by Atlanta’s Sean Newcomb on Sunday. They did see the first position player pitching of the season in Kiké Hernandez last Tuesday, in the longest game so far of the season.

The Dodgers return home to face Brewers again, have a World Series rematch with the Houston Astros, and then a two day matchup against the red hot Oakland Athletics. Machado will be making his Dodger Stadium debut Monday night, and the Dodgers will honor Andre Ethier and his retirement Friday night.

Pitching matchups for the Brewers series include:

The Brewers have added veteran third baseman Mike Moustakas and RP Joakim Soria since the Dodgers saw them last. The Soria addition makes their bullpen a bit stacked. Milwaukee is 61-47, 1.5 games behind the Chicago Cubs, and 6-4 in their last 10 games.

Not to keep a stupid story going, but I’m very proud of the way the Dodger organization and fans handled the asinine rantings of the Braves announcer Joe Simpson about how the Dodger players dress during batting practice. 108 Stitches, the company that makes the t-shirt Chase Utley was wearing Saturday, announced today that in 24 hours, $7500 has been raised for cancer charities. The best stories are when a lot of good comes out of a lot of idiocy.

Quick total shows right around $7,500 raised for multiple charities in 24 hours. Give yourselves a round of applause baseball fans…and be sure to put your name on your back at work tomorrow. #KCancer #WhoIsThatInTheCage #StillDontSeeTheNumbers