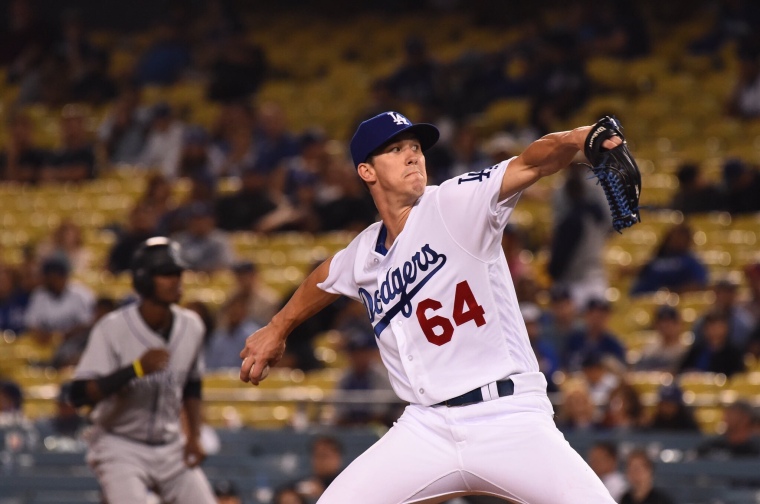 The last time the Dodgers faced the San Diego Padres, things were a little different. Sure, they had a combined no hitter against them. But overall, they lost the series to the last place team and were in the midst of a dismal stretch of play.

After leaving Mexico, the Dodgers went 2-7 against the Diamondbacks, Reds and Marlins. But they’ve turned it around since then, going 5-1, sweeping the Nationals and taking two of three from the first place Colorado Rockies. They look to keep the momentum going, facing the Padres at home this time.

Game one of the series will see the Padres’ Clayton Richard facing off against Ross Stripling. Richard has been working long into games, going into the eighth inning in his last three consecutive starts. He is currently 3-5 with a 4.87 ERA and 52 strikeouts. All the Dodgers hit well against him, except Yasmani Grandal, who has a .167 batting average against him in only six times facing the lefty. Stripling is coming off an excellent start against the Nationals, when he struck out nine in six innings. The last time he faced the Padres, he went four scoreless innings.

Saturday will see Jordan Lyles against Alex Wood. Lyles has been pitching well lately, aside from allowing two late inning homers in his last outing. Joc Pederson and Yasiel Puig have both taken the right-hander deep this season. Wood is coming off his first win of the year, despite having his career best WHIP at 1.108 and sporting a healthy 5.67 strikeout to walk ratio. And he even snuck in a stolen base to boot. He was pulled from that game with a leg cramp, but so far all indications are he’s good to go.

Sunday’s starter for the Padres has not been announced yet. Whomever it is will face Walker Buehler, who is coming off a great outing against the Colorado Rockies where he retired the first 12 batters he faced, later took a 108 mph liner to the ribs, and stayed to pitch two more innings. Fun fact: none of the Padres have any hits off him!

For all that there’s hyperbole out there about the Padres being such a lowly baseball team, at the moment they are only two games behind the Dodgers, and are also 6-4 in their last ten games, just like the Dodgers. Brad Hand is tied for second in all of MLB in saves. But the Dodgers have the best run differential in the NL West, and they have finally started to turn things around. I expect this series to go much better than the last one.

One thought on “Dodgers vs. Padres: Series Preview & A Few Other Notes”