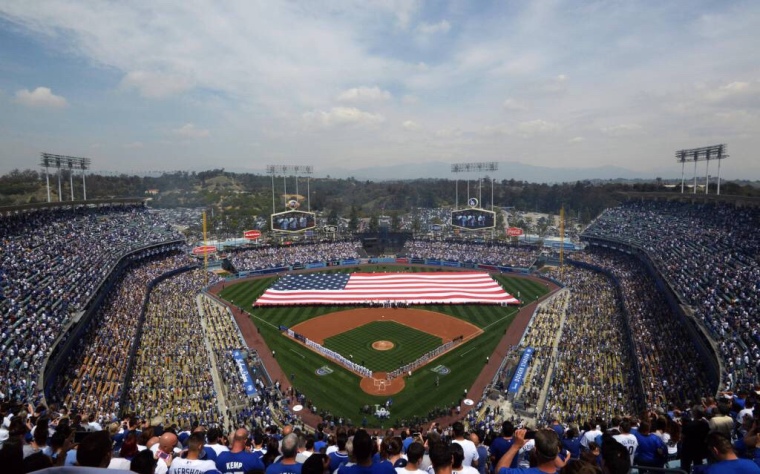 The 2018 Opening Day 25-man roster for the Dodgers is unofficially set.

On Tuesday morning, Trayce Thompson was designated for assignment. The thought is that he will not clear waivers, and that he will be claimed by some other club. He was out of options, and as he would not get regular playing time in the Dodgers outfield, there wasn’t a way to squeeze him into a bench role. Similarly on Wednesday morning, Andrew Toles was optioned to Triple-A Oklahoma City. The same thought process was in place—he would not get regular at bats in the bigs, so by spending time in OKC he would be getting those to prepare for when the Dodgers should happen to call him back up.

Joc Pederson made the roster, in addition to Chris Taylor, Matt Kemp, and Yasiel Puig in the outfield. The infield will consist of Cody Bellinger, Logan Forsythe, Chase Utley, Corey Seager and Enrique Hernandez. Pederson has been seen at camp practicing at first base. No word on what led to that.

Yasmani Grandal and Austin Barnes will be behind the plate. Kyle Farmer also made the squad, who played both catcher and third base during Cactus League play. His versatility with Justin Turner being out with a fractured wrist and hot hitting while in camp surely lead to his inclusion.

The Dodgers open the season Thursday at Dodger Stadium against the San Francisco Giants at 4:00 p.m. PST. Kershaw will take the mound for his eighth consecutive Opening Day start, facing Ty Blach of the Giants.