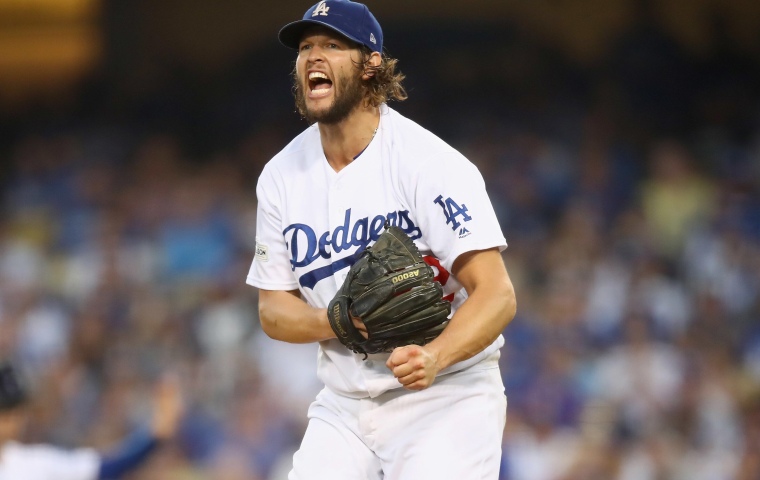 We’ve finally made it to the last weekend without baseball. Pitchers and catchers begin reporting to their respective compounds early next week to start preparations for the upcoming season. We thought it would be fun to look at a few somewhat crazy, but still plausible things that could happen with the Dodgers this season.

Matt Kemp not only makes the team, he also competes for Comeback Player of the Year—OK, so maybe only the first part of this has an actual chance of happening. All signs point to a rejuvenated Matt Kemp. He’s been seen working out at Dodger Stadium with many other Dodger players, hanging out at Lakers games with Kenley Jansen—who has spoken openly about Kemp’s return—and Kemp was also one of a handful of players to report early to Camelback Ranch. As we’ve discussed before, though, the greatest hindrance to Kemp having a triumphant return to Dodger Blue may not be his attitude, but his body. His bat may still be powerful, but if he can’t get his lower body working the way it once did, it may all be for naught. Stranger things have happened, though.

A Dodger pitcher will throw a no-hitter—The last few years have been so excruciating in this respect, from Ross Stripling getting pulled early in his bid to throw a no-hitter in his debut in 2016, to Rich Hill being so close multiple times. The worst as we all know was Hill returning to the mound in Pittsburgh in the bottom of the 10th only to surrender his first hit, a walkoff home run. The Dodgers haven’t had a no-hitter since Clayton Kershaw‘s in June of 2014. That changes this year. Either Kershaw, Hill or Alex Wood will achieve this benchmark.

Joc Pederson has a bounce back year—Just like absence makes the heart grow fonder, competition make the player better. Or something like that. Joc Pederson has seen his position of center field taken out from under his feet by Chris Taylor, and he wants it back. He was well admonished in his time spent in Triple-A Oklahoma City, and he’s all out gunning to go back to being the Dodgers’ full time center fielder, finally finding the swing that works best for him and gets him back to being Joc Pop.

Dodgers win more games this season than last season—PECOTA recently came out with their projections for the upcoming season. It has the Dodgers winning the most games in the National League at 99. Last year they won 104, while having a huge slide late in the year. The Dodgers could be a little sluggish out of the gates, as most teams coming off a World Series run tend to be, but they will hit their stride mid-season and never look back on their way to 106 wins.

Will Ireton will finally get the best of Kenta Maeda—You’ve got to feel sorry for the poor guy. Kenta Maeda‘s translator, Will Ireton is constantly subjected to pranks and practical jokes pulled on him by the man he works for. Whether Kenta is jumping out from a hiding spot to scare Will as he’s running, to somehow talking him into looking straight into a water bottle as Kenta squeezes it, covering Will in water, the guy puts up with a lot. This year Will finds a way to best Kenta in a way that is legendary for years to come.

The Dodgers win the 2018 World Series—They will win the NL West, NLDS, NLCS, and pull a Kansas City Royals and return to the World Series the year after they lost it to claim the Championship. Kershaw finally gets his ring, along with a World Series MVP award.

What do you think is going to happen this season? We’d love to hear from you!