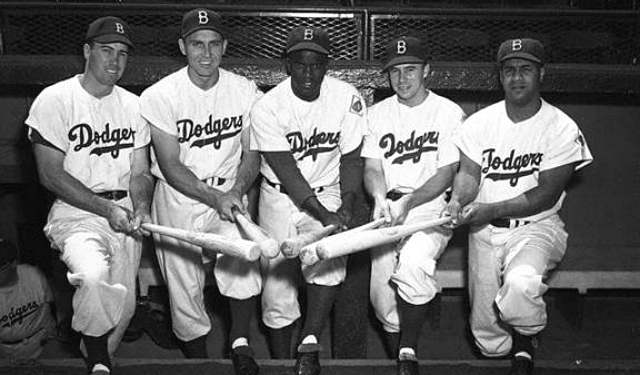 For those of you fortunate enough to catch the daily broadcasts of the Dodgers on your television, radio or computer these days, you’ve heard many times recently the comparisons of today’s club to the 1953 Brooklyn squad, mainly because the 2017 team has a shot at breaking the single-season win record that stood for 64 years.

Having not been around in that particular era, it’s impossible for me, personally, to draw a firsthand correlation between the two clubs. However, it’s not that difficult to paint a picture with a little help from the many history books we have at our disposal.

The Brooklyn players from the early 1950s were routinely referred to as the “Boys of Summer” by some, or more commonly as “Dem Bums” by others. Players like Sandy Koufax and Don Drysdale were not yet part of the team, but the offensive firepower on the 1953 squad that fronted the Brooklyn attack was unparalleled. Besides tallying the current franchise record of 105 wins in only 154 games played, perhaps the most impressive facet is the fact that a whopping five players would eventually be enshrined in the Hall of Fame.

The infield was arguably the best defensive group in franchise history. Yet, for some reason, still takes a backseat to that legendary quartet from the ’70s and ’80s. Pee Wee Reese and Jim Gilliam were very solid up the middle while Hodges and Billy Cox handled the corner infield spots. Gilliam would go on to win the 1953 NL Rookie of the Year Award—the Dodgers’ third in a five year span.

An often overlooked aspect of the ’53 crew was team speed. The club had four players in double digits when it came to stolen bases, led by Reese with 22. Gilliam swiped 21 while Robinson stole 17 and Snider notched 16.

As far as the pitching staff went, the primary starting five was Carl Erskine, Russ Meyer and Billy Loes, anchored by southpaws Preacher Roe and a 20-year-old Johnny Podres. Erskine was the ace of the staff, leading the rotation with 20 wins and a 3.54 ERA.

Spearheaded by Jim Hughes, the other chief pieces of the bullpen were Bob Milliken, Clem Labine, Ben Wade and Joe Black. Hughes led the relief corps with 48 appearances while posting a 3.47 ERA.

The 1953 Dodgers were guided by skipper Chuck Dressen and GM Buzzie Bavasi.

Although the 105 wins by the 1953 Dodgers is an organizational record which still stands after all this time, the team failed to handle the Yankees in their quest for Brooklyn’s first championship and would consequently wait until the 1955 season to hoist the World Series trophy.

In the end, for as much as the 2017 team and the 1953 club are peculiarly similar, perhaps the biggest difference will be in the postseason, when the present-day Dodgers aim to go just a little bit farther.

And, as 64 years seems like a very long time for a single-season win record to stand, a mere 29 years without a taste of a World Championship feels even longer.