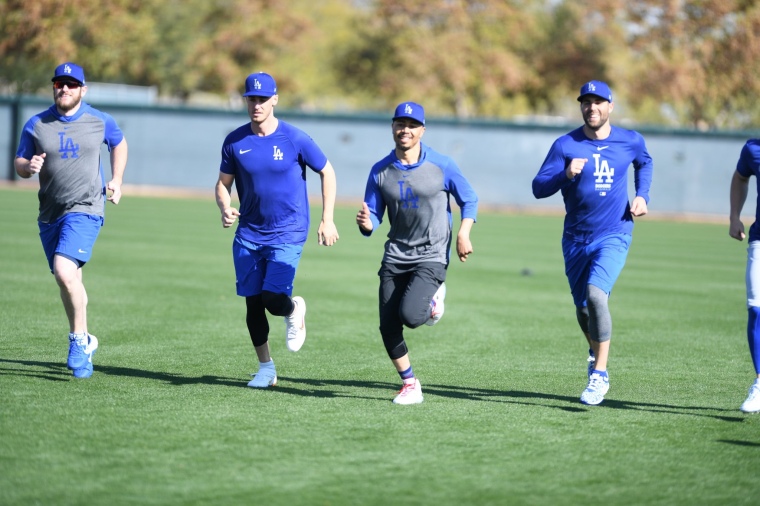 We’ve actually made it to the week when baseball starts in earnest. Sunday night, the Los Angeles Dodgers took on NL West rivals Arizona Diamondbacks for their first of three exhibition games before the season officially starts on Thursday.

Mitchell White was the starting pitcher.

The Dodgers, and the reigning NL MVP, picked up right where they left off (from the regular season, anyway), last year. Betts and Muncy walked, JT hit a bloop off the pitcher, and Bellinger drove them all home with a grand slam. After a walk to Seager, Widener reached his pitch limit for the inning, and the inning was over, making it feel more like a Little League game than a Major League one.

In the bottom of the third, Betts singled, followed by a Muncy double. Betts scored on a sacrifice fly off the bat of Turner. Bellinger then singled in Muncy, giving the Dodgers six runs.

Corey Seager looked fantastic at shortstop, grabbing a sharp bouncing ball with ease and throwing out the runner in time. Having a completely healthy Seager this season will only be a boon to this stellar lineup.

Barnes was hit by a pitch in his hand, and replaced by Rocky Gale in the top of the fifth inning. Barnes got X-rays after the game, and they came back negative.

White settled in after allowing a home run to Ketel Marte with two out in the first, retiring 14 straight batters through five innings on only 54 pitches. The youngster looked impressive through those five innings, with the only mistake being the pitch to Marte. 40 of his pitches were strikes, and 23 of those were sliders with a 31% whiff rate. It will be interesting to see how the year plays out for him.

Adam Kolarek replaced White, allowing one hit in 0.2 innings of work.  AJ Ramosreplaced Kolarek, and looked really sharp. He threw a four seamer, slider and two change-ups to Marte, getting him to swing and miss for a strikeout.

Cheering section holding it down. pic.twitter.com/7eYu1Ue39n

Both Bellinger and Betts looked comfortable at the plate. Cody ended up going 3-for-4 with five RBI and the grand slam, and Betts went 2-for-3 with a walk and a double.

While only the first exhibition game, the Dodgers look ready up and down the lineup.

“We felt really good as a team,” Bellinger told Ken Gurnick after the game. “Obviously we’re a deep lineup. I think the thing we need to work on is our end-of-the-game celebrations. We don’t know what to do.”

Roberts echoed those sentiments. “That was probably the most awkward thing. I expect a lot of winning, so I guess we better figure that one out.”

If the Dodgers pitching can hold their own, which they will as one of the top five staffs in all of baseball, we can expect to see a lot of awkward and air celebrations to come.