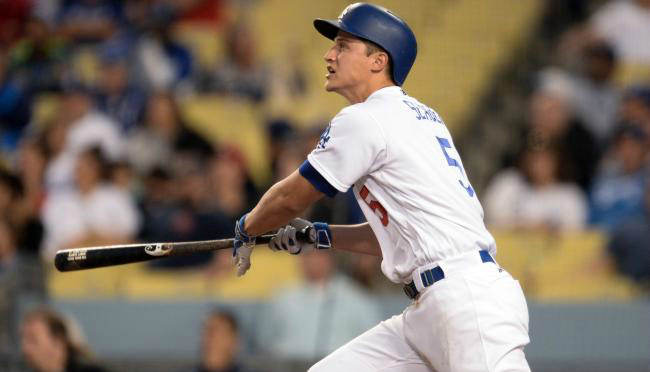 If you happened to catch Andy’s column on Monday, you would have seen that she laid out some of the more prominent trade rumors surrounding the Dodgers in recent weeks, specifically how talks about Red Sox outfielder Mookie Betts have evidently re-emerged.

One of the interesting things that surfaced in the news on Tuesday—according to Ken Rosenthal of The Athletic—is news how the Dodgers, Indians and Reds have discussed a three-player deal at one point over the winter.

The talks apparently involved Francisco Lindor and Corey Seager, among other players. As stated in Rosenthal’s story, one scenario that might have resulted from the talks would have seen Lindor wind up in Los Angeles and Seager in Cincinnati.

Rosenthal also indicated that the discussions between the teams have since resulted in an impasse. However, perhaps the most intriguing thing from his report is the Dodgers have at least thought about moving Seager as his free agency eligibility draws near.

If he continues along his current path, Seager will become a free agent after the 2021 season unless the Dodgers or someone else ink him to a multi-year deal before then. After missing most of the 2018 season because of UCL surgery, Seager came back last year to slash a productive .272/.335/.483 with 19 homers and 87 RBI, producing a 4.0 bWAR in the process. His 44 doubles led the entire National League.

The rumors surrounding Lindor have seemingly been attached to the Dodgers since the early days of the offseason. Some believed that the intentions of Los Angeles management was to slide Seager to third base with the addition of Lindor, while others felt that a hypothetical deal would have seen Seager end up with the Indians, opening the door for somebody like Kody Hoese or Cristian Santana to take the reigns at third base with Justin Turner‘s prospective departure after the 2020 season.

To bolster its outfield crew, Cincinnati agreed to a four-year, $64 million deal with free agent outfielder Nicholas Castellanos on Monday.