It’s over when it’s over, ain’t it baby ain’ t it. Rips you like a dagger, can’t it baby can’t it. Wish we could do it over, Damn it baby damn it.  We had it in the air but we just couldn’t land it. 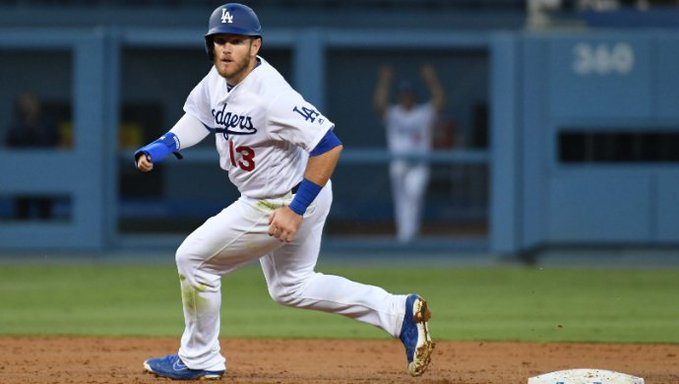 Those who have been following this blog know that when I started writing here, I started all blog posts with song lyrics.  Tonight seemed like a good night to bring that back.

It all came down to a deciding Game 5 for the Dodgers—the first real time this version of the Boys in Blue have had their backs up against the wall all season. Mismanagement by Dave Roberts and misuse of the bullpen ultimately lead to the Dodgers downfall.

Before the game, Roberts said he was going to ride Walker Buehler for as long they could, and the righty took his team into the seventh inning surrendering just one run. But in the end, it wasn’t enough.

The Dodgers started out well in the bottom of the first—a freak double off the bat of Joc Pederson ignited the Dodgers’ offense early. His hit went through an open part of the bullpen door, but not over it, causing it to be called a ground rule double. Max Muncy followed with a no-doubt home run. The Dodgers got two more on base with a Justin Turner walk and a Matt Beaty single, but the Dodgers failed to further capitalize.

Enrique Hernandez added to the Dodgers’ lead with a home run in the bottom of the second.

There were two incredible defensive plays by the Dodgers—Hernandez made an incredible diving play to rob Juan Soto of at least a double, and one by Cody Bellinger to rob Howie Kendrick of the same.

The Nationals got two on with no outs in the top of the fifth, but Buehler navigated around it.

Washington starter Stephen Strasburg, for his part, didn’t allow a hit past the second inning. In the end, it was enough.

In the sixth inning, Buehler allowed a leadoff double to Anthony Rendon. Juan Soto followed with an RBI single. But Walker worked around it, getting Kendrick hit into a double play, and striking out out Ryan Zimmerman to end the sixth with only one run crossing the plate.

Bellinger singled in the sixth and swiped his second stolen base, but the team failed to cash in.

In the seventh, Buehler hit Kurt Suzuki with a pitch in the wrist, that then ricocheted into his helmet, knocking the helmet off his head, and ultimately taking him out of the game. He got two outs, and then walked Trea Turner. Buehler exited the game at 117 pitches, and Clayton Kershaw came on in relief. He promptly struck out Adam Eaton in three pitches.

For now, because Rendon connected on a low slider from Kershaw and sent it over the wall for a home run. And then, Soto went deep to right-center on the next pitch, and it was tied 3-3 in the top of the eighth. Kenta Maeda was then brought in and secured the next two outs.

Joe Kelly entered the game in the top of the ninth. He struck out two, and had a 1-2-3 inning. The Dodgers did nothing in the bottom of the inning offensively, and the game went to extras.

Kelly remained in the game, and loaded the bases before Kendrick’s grand slam to dead center. The Nats took the lead, and the series was over.

I’ll reserve comment for when I’ve had more time to think about it, but Kershaw shouldn’t have been brought in with deference to actual relievers, and Kelly shouldn’t have been in for a second inning. But it doesn’t matter, because in the end, the Dodgers’ bats were unable to capitalize and break the game open early.

I don’t know honestly how to end this. The Dodgers failed again to reach their goal. One of these years, they’ll do it. The team is too talented. But this year? It was not to be.