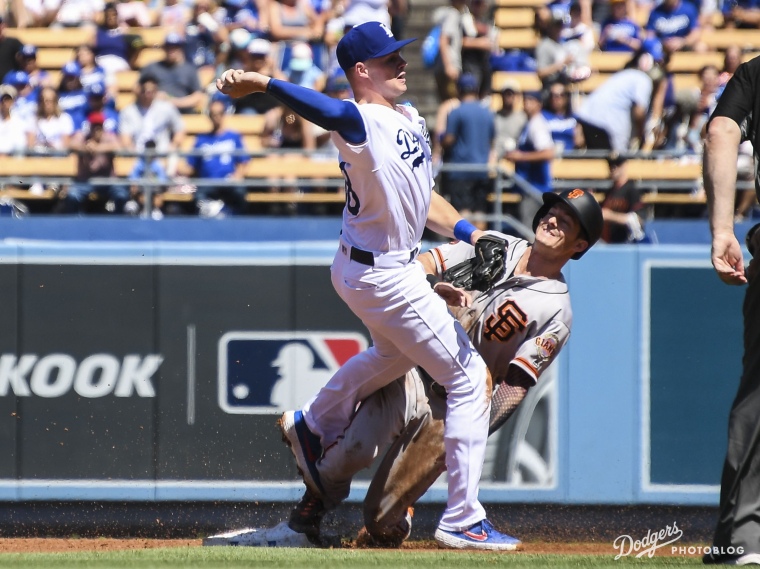 Even though the Dodgers went 4-2 on their home stand, and scored 16 runs in one of the games against the Colorado Rockies, their late season drudgery continues. The starting pitching is tired, and the bats don’t seem to have much pep at the moment.

They squandered their chance to clinch the division at home, which maybe is old hat to them by now, seeing as it will make it their seventh in a row. With a 17 game lead in the division, I understand there might not be much urgency. They NL West is theirs even if it has yet to be made official.

Some fans were maybe hoping that the September call-ups would be good for putting some pep back in the steps of the Dodgers. The most anticipated call-up was that of Gavin Lux, who showed up in his first game, and then some. His first pitch as a big leaguer he sent straight back up the middle for a hit, and then followed up with a double in his next at-bat.

However, he has only one more hit since that game, and is 3-for-20 in his first six games. And while he has mostly been proficient in the field, he has some miscommunication with his outfielders about balls dropping in between them.

Growing pains are natural for any athlete moving up in the ranks of their sport. Still, after having hit .397 in Triple-A Oklahoma City, one might’ve believed that Lux would have a smoother transition to the big leagues.

As such, fans are now wondering about the possibility of Lux being on the postseason roster. When he was first called up, Manager Dave Roberts said that he has a chance to make it if he plays well. On Thursday, Dennis highlighted why it could be a battle between Matt Beaty and Lux for that roster spot. Beaty has shown a knack for hitting in big situations, has more time in, and plays more positions than his fellow rookie.

For his part, Lux was just named the Minor League Player of the Year by Baseball America. He is the third Dodger prospect to be named to the honor.

The beauty of the Dodgers farm system is that they have the best record in the National League, and still have someone the caliber of Gavin waiting in the wings. They don’t have an every day second baseman right now, but they have multiple players more than capable of filling that role. Unless Lux begins to hit out of his mind, there’s probably very little chance he does indeed play in October. And that’s ok.

It’s a fun thought to think he could come up and blast his way onto the postseason roster, and become an October hero overnight. That’s not usually the way it works, and is way too much pressure to put on such a young man about to embark on his career. The beauty of it all is that we get to enjoy him for now, and still now that even if he isn’t playing in October, he will be for many years to come.

12 thoughts on “Should Gavin Lux Make the Postseason Roster?”