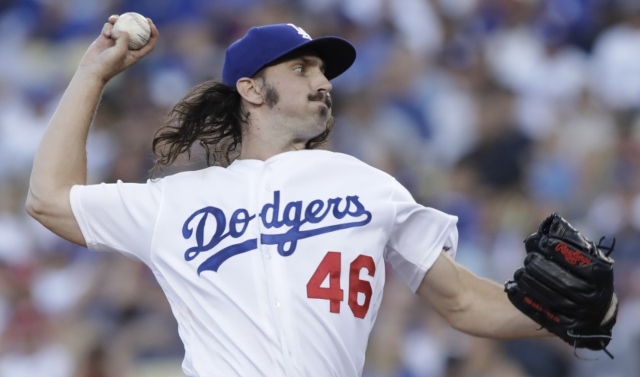 One day after the Yankees put 16 hits and 10 runs on the board against the Dodgers, righty starter Tony Gonsolin will take the mound for Los Angeles, posed with the task of shutting down one of the most productive offenses in baseball.

Many folks have hyped up this particular inter-league series—one that surrounds a rival which stretches back many, many years, at least in terms of the past World Series showdowns.

While many things will certainly change between now and a potential matchup at the end of October, prospective changes can occur, if indeed both teams fight their way through their respective league playoffs.

Still, this weekend’s series gives the Dodgers some idea what they need to address as far as strengths and weaknesses go. After all, most of the clubs the Dodgers have been annihilating over the past few weeks are sitting in the cellars of their divisions.

At the same time, a series like this gives Los Angeles opportunities to see what they have in terms of prospect talent. Fireballer Dustin May will get another opportunity to showcase his skills against the Padres on Monday; but, Gonsolin will take the stage on Saturday afternoon, hoping to limit a Yankees club who has tallied a monstrous 766 runs this year—more than any other team in the bigs.

The belief that Yankee Stadium is considered by everyone to be one of the friendliest hitter’s parks in baseball certainly helps pad their offensive stats. However, the fact that New York unleashed an impressive offensive attack at Chavez Ravine on Friday showed just how good they can really be.

Gonsolin doesn’t have much of an MLB track record, much less matchups criteria against specific players or even interleague games. The 25-year-old Vacaville native has only made four big league appearances—three of which were starts. But, his numbers aren’t bad in the least, aside from his MLB debut in Arizona on June 26 when he surrendered six runs—four earned—on six hits. Four of those runs came in in a first inning highlighted by an Eduardo Escobar three-run bomb.

Pulling that game out of the equation, Gonsolin has tallied a 1.29 ERA with 12 strikeous over an even 14 innings of work this year. His best performance came against the Cardinals on August 5 when he threw six innings of shutout ball, surrendering just two hits and one walk alonside seven punchouts.

For those not aware of his arsenal, Gonsolin’s four-seam has touched triple digits multiple times, but those cases occurred when he was throwing in relief. In a starting role, his heater usually settles into the 93-95 MPH range.

According to MLB Pipeline‘s scouting report, “Gonsolin’s upper-80s splitter devastates hitters with the way it dives at the plate, and his low-80s curveball has become a consistent plus offering with nice shape. He also uses a mid-80s slider to give hitters a different look.”

Maybe the most impressive stat of all is that he has walked just one batter over all of his 18.0 innings of work this year.

Saturday’s start will undoubtedly be the most important for Gonsolin to date. In theory, this appearance could be key in his audition for a spot on the postseason roster.

Needless to say, a strong outing versus the Yankees could go a long, long way in his favor.

24 thoughts on “Can Tony Gonsolin Limit the Powerhouse Offense of Yankees?”