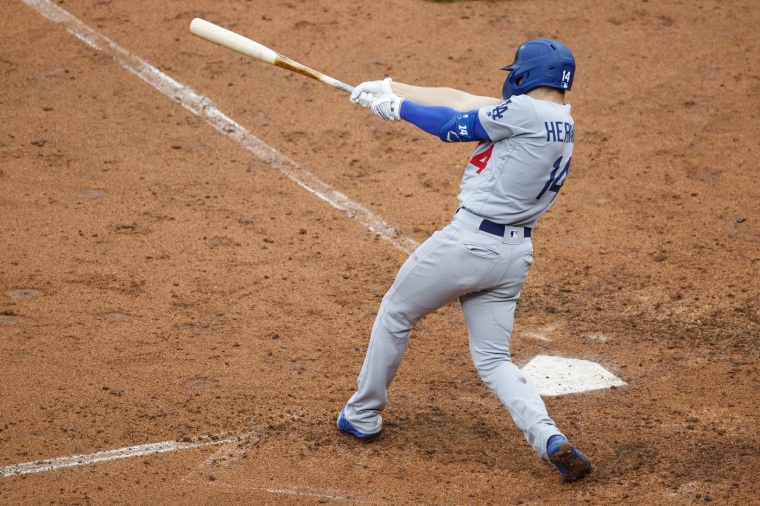 The Dodgers have returned from their eventful East Coast road trip. It featured rain delays, almost fighting with the Phillies closer, a lot of home runs, and a 4-3 record for the two series.

Enrique Hernandez, Matt Beaty and A.J. Pollock had really good offensive showings. Kiké, who had been in a horrid slump, seems to have broken out of it in a big way. Since the All-Star break, he is has a slash line of .455/.571/.773 with two homers and eight RBI. Good timing with Chris Taylor now on the IL indefinitely.

Beaty was recalled from Triple-A on Monday because of Taylor’s injury, and has continued right where he left off before he was demoted. In his last seven games, spanning before and after his most recent trip to Oklahoma City, he’s batting .447/.500/1.000 with two home runs. Most impressive is that he has only struck out once.

And Pollock for his part has hit steadily since his return from the IL. He is batting .308 with three home runs, right in line with what his average offensive production should be for the season.

The bullpen is mostly what failed the Dodgers on that trip, right in line with what is their main issue throughout the season. On that front, the Dodgers are rumored to be interested in Shane Greene, the current closer for the Detroit Tigers. The Dodgers have “shown interest” in him before, as well as his teammate Nick Castellanos.

Greene has a 1.06 ERA, 0.85 WHIP, 35 strikeouts and has converted 22 of his 24 save opportunities this season. The hiccup is that he is a righty, and the Dodgers really need another lefty arm in the bullpen. Just one more rumor to keep an eye on as the trade deadline approaches.

The Dodgers now welcome the beleaguered Miami Marlins to Chavez Ravine. Last place in the NL East, the Marlins sit at 36-58 for the season. Their run differential is -84, while the Dodgers is +151. They have as many wins on the road as they do at home.

Pitching matchups will start with Hyun-Jin Ryu and Zac Gallen. The Marlin’s righty has only appeared in four games this season, is 0-1 with a 4.24 ERA and 21 strikeouts in 17 innings.

Saturday’s game will be a battle of #22’s as Clayton Kershaw will face off against Sandy Alcantara. Another right hander, Alcantara is 4-9 with a 3.94 ERA and 76 strikeouts.

And for Sunday’s matinee game, Walker Buehler will take the mound to go against Jordan Yamamoto. The third righty of the series, Yamamoto just made his major league debut on June 12th of this season. He has made his presence known, so far amassing a 4-0 record, 1.59 ERA and 0.95 WHIP with 34 strikeouts in 34 innings.

The Marlins offense is 23rd in batting average, last in homers and next to last in runs scored. The Dodgers should have an easy time with them with their top three pitchers going. Friday’s game is at 7:10, Saturday’s at 6:10, and Sunday’s at 1:10 PDT.

22 thoughts on “News and Notes Ahead Of Marlins Series”