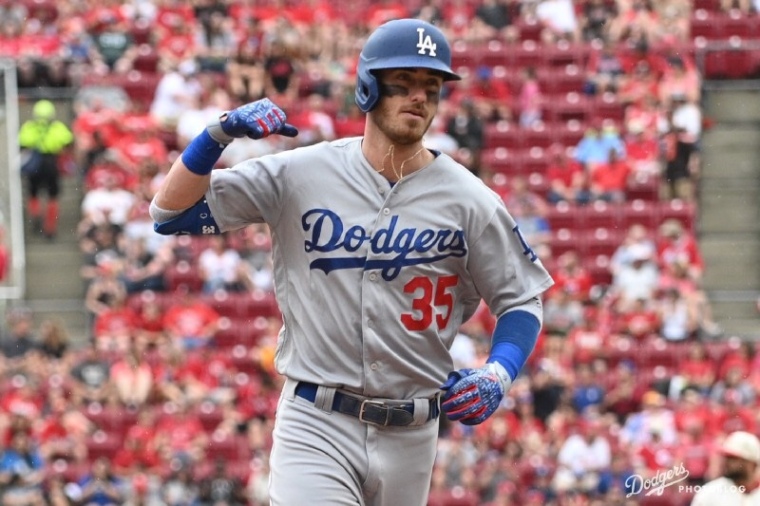 The second half of the season begins today, with the Dodgers starting with an East Coast swing that includes three games with the Boston Red Sox and four in Philadelphia against the Phillies.

Last year, it was the Red Sox that powered their way through the season, steamrolling the American League and the Dodgers for the World Series win. Los Angeles limped into the postseason, needing an extra game to win the division, and then seven games in the NLCS to make it to the World Series, ultimately falling to the Sox four games to one.

This season is a different story.

The Dodgers are the best team in baseball, powering their way through the National League with a record of 60-32. The Red Sox, however, are having a very mediocre season, sitting at 49-41, sitting nine games out of first place in the AL East. They are only two games out of the Wild Card, behind Tampa Bay, Cleveland and Oakland.

Most of the World Series team is still there, with the exception of Craig Kimbrel and Joe Kelly, who were both a big part of shutting the Dodgers down in October. Kimbrel is now with the Cubs, and Kelly of course in now in the Dodgers bullpen. The bullpen for the Red Sox has been quite the mess since their departures.

The starting pitching hasn’t been what it was last season, either. They’re 17th in the majors with a team 4.59 ERA, and 16th in WHIP with 1.34. However, they do have the most strikeouts as a staff with 914.

Their offense is much better than their pitching staff, tied with the Minnesota Twins for first in team batting average with a .272. They also lead in OBP, with a .345 average, and hits, with 874. Rafeal Devers is their leading hitter, with a .324 BA and 16 homers. J.D. Martinez has 18 home runs, and Mookie Betts leads the team in stolen bases, runs and OBP.

The Dodgers will start their second half rotation by sending Kenta Maeda to the mound, and he will face off against Eduardo Rodriguez. The lefty is 9-4 on the season with a 4.65 ERA and 106 strikeouts. His last outing against Detroit, he only went 5.0 innings pitched while allowing only one run.

Despite having solid numbers overall for the season, the #Dodgers are just 9-8 in Kenta Maeda's 17 starts this season (51-24 in all other games).

Likely reason: they've scored 3 or fewer runs in 8 of those 17 starts (including 4 of last 6). Run support is key…

Saturday evening’s game will feature Ross Stripling and Chris Sale. The ace of the Boston pitching staff last year, Sale is having a very sub-par season thus far. He is 3-8 with a 4.04 ERA and 153 strikeouts. His last outing against the Toronto Blue Jays saw him giving up five earned runs in 5.2 innings of work.

Sunday night’s ESPN game will feature All-Star starter Hyun-Jin Ryu and David Price. Price has been their best pitcher this season, going 7-2 with a 3.24 ERA and 95 strikeouts. He went 5.0 innings in his last outing against Detroit, allowing only one run.

For the Dodgers, both A.J. Pollock and Corey Seager will be back on the field for the Boys in Blue. Matt Beaty was optioned back to Oklahoma City, and as of this writing, a corresponding move has not yet been made for Pollock’s return.

This series should be a battle to see who’s starting pitching can go deeper into games, and avoid the bullpen the longest. As you can see, their starters don’t seem to go very far into games. The Dodgers should have the advantage there, and hopefully the Dodgers bats have arrived in Boston ready to go.