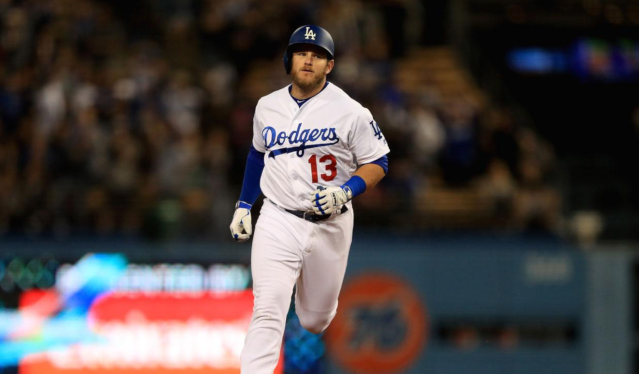 With the 2019 MLB trade deadline right around the six-week mark, I was recently looking at a few numbers while attempting to get an idea where the conceivable weaknesses lied on the Dodgers‘ roster. Unquestionably, the Los Angeles management crew will make every attempt possible to upgrade an extremely vulnerable bullpen, but the question lingers as to whether or not the team might try to upgrade an otherwise capable offense.

Ultimately, WAR is one of the best tools to measure a players’ overall production. It’s not just based on offense, but also takes into consideration how a player plays defensively.

For all intents and purposes, WAR calculates a player’s value in all facets of the game by deciphering how many more wins he’s worth than a replacement-level player at his same position.

The interesting thing about the Dodgers is that the team consists of a very solid group, but there aren’t an overwhelming number of standouts as far as elite-level players go. it’s the exact premise that many have been saying for years—the team is very, very deep; yet, the depth consists of a whole bunch of mediocre or average players.

Using the fWAR formula (the Fangraphs version), here’s how the key players on the team stack up as far as Wins Above Replacement go:

Cody Bellinger leads the team with a 4.9 WAR. While he’s no longer on a pace to hit .400, his numbers are still monstrous. Entering Saturday’s game, Bellinger is hitting .360 with 22 homers and 57 RBI. More importantly, his .453 OBP is monumental, as a big part of his on-base success is the fact that he has garnered more walks (43) than the number of times he has struck out this year (just 41).

Next in line among the position players is Max Muncy with a 2.6 WAR. He’s following up his 2018 campaign nicely, and depending on his second-half production, may even exceed the fantastic numbers he put up last year.

Consequently, Corey Seager is third on the team with a 2.2 WAR, but here’s where it gets very interesting. Bellinger, Muncy and Seager are the only position players on the team with WARs over 2.0. Chances are pretty good that Seager will come back strong sometime in August—but we ask again—will the Dodgers pursue some type of potent offensive upgrade before the trade deadline?

Just to give you a reference point as to where these three players rank in reference to the entire MLB (in the Fangraphs version), Bellinger is first, Muncy is 25th and Seager is 52nd.

Continuing along the leaderboard are the catchers. Coincidentally, both Austin Barnes and Russell Martin each have a 0.7 WAR.

We still haven’t mentioned Enrique Hernandez or Chris Taylor, both of the club’s proclaimed super-utility men. Hernandez’s WAR is just 0.4, while Taylor is sitting at 0.1. In terms of wOBA (probably one of the best stats to measure a hitter’s overall offensive value), Hernadez is at a .281 mark while Taylor is at .279. For another reference point, Bellinger is at .463 and Muncy is at .381. Even Martin is at .333.

As far as the starting rotation goes (obviously pitching is measured differently with runs allowed an innings being the main factors), Hyun-Jin Ryu leads the way at 2.7, followed by Walker Buehler at 1.9, Clayton Kershaw at 1.5, Kenta Maeda at 0.9 and Rich Hill, who joined the rotation much later than the other four, at 0.7.

For points of reference, Ryu has the 15th best overall WAR in the MLB and sixth-best among all pitchers. Relating to a team standpoint, Max Scherzer (3.8), Stephen Strasburg (2.9), Patrick Corbin (1.5) and Anibal Sanchez (0.7) have one of the better groups in the National League.

Obviously, there are many, many other numbers that the management crew of the Dodgers will consider when evaluating the club’s weaknesses, but this little exercise in WAR shows us that while Los Angeles is an extremely solid club, there aren’t as many superstars as fans may perceive.

Whether or not the lack of elite-level talent will again make a difference during the 2019 postseason remains to be seen.