In the middle game of the weekend series against the Giants on Saturday night, Corey Seager came up huge, going 4-for-5 with two doubles and four RBI. He helped lift the Dodgers to a 7-2 victory, as his team is back in the winning column after a two-game skid, leading the second-place Rockies in the West by a full 10 games.. Seager is amid his most productive streak of the season—when he’s hot, he certainly makes the Los Angeles lineup one of the most potent in the league.

Seager is currently tied for second with Bryce Harper with 20 doubles in the National League, trailing Josh Bell‘s 25. At this rate of production, he’ll surpass his career-high of 40 two-baggers from 2016. After starting the year slowly, Seager is hitting .386/.453/.754 with four homers, nine doubles and 18 RBI over his last 15 games.

Who else is hot: 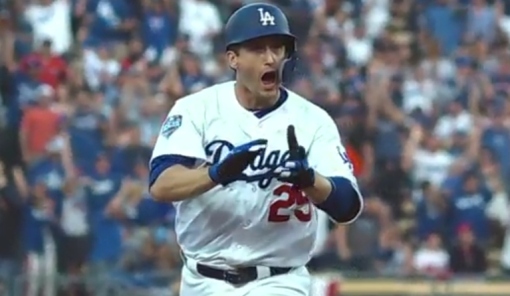 36-year-old veteran David Freese has also increased his level of play lately, demonstrating to be a key contributor in frequent spot-starts and off the bench. In his last 13 games, Freese is hitting .441/.500/.882 with three long balls, six doubles and nine RBI. He’s certainly proving to be one of the most economical and valuable free agent signings of the offseason.

Over his last five games, backup catcher Russell Martin has gone 7-for-17, lifting his season average to .282 and his OPS close to .800. It may not seem like much, but to get any kind of decent production from the No. 2 catcher is a huge bonus for an already strong lineup.

Steady as she goes:

Max Muncy hasn’t made many headlines lately, but he’s probably been one of the most consistent contributors on offense after a sluggish start over the first few weeks. For the season, he is now slashing .272/.365/.498 with 10 doubles, 12 HR and 37 RBI. His power numbers are not quite the same as last year, but his steady production has been unquestionably critical to the Dodgers’ success.

Joc Pederson has settled nicely into his role as the starting left fielder against righty pitching. If the season would end today, his current .254 average, .357 OBP and .616 slugging would all mark career highs. Currently, Joc has 18 home runs and 33 RBI—a pace that could conceivably eclipse his personal bests of 26 HR from 2016 and 68 RBI from 2017.

Justifiably, it might not be fair to say Cody Bellinger is not hot, mainly because his pace over the first 10 weeks of the season was absolutely ridiculous. Plus, the number of free passes he’s been issued lately by opposing pitchers has been absurdly high. Nonetheless, over his last 15 games, Cody has put up an average of just .241. Still, he has walked 10 times during that span, which still makes his OBP very respectable. 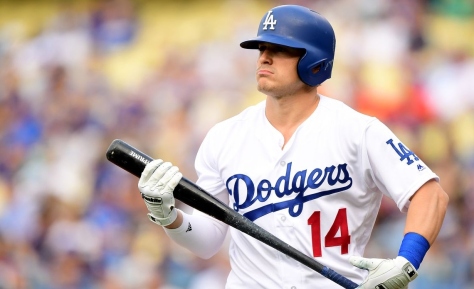 Out of spring camp, Enrique Hernandez was considered the club’s primary second baseman. In the early stages of the year, he might have been on pace to garner more regular playing time than any other point of his career. The problem is that he’s slumping terribly at the moment. If he stays in a hole, his PA could decrease, especially if A.J. Pollock ever makes it back onto the active roster. After hovering around the .350 mark in mid-April, Hernandez is slashing just .167/.208/.292 over his last 20 games and 77 plate appearances.

Also on the utility front, Chris Taylor has seen a decline in his contributions recently. While it’s been a roller coaster for the 28 year old this season, he’s hitting just .148 over his last 10 games after boosting his average up as high as .240 on May 28.

Recently victimized by back spasms, rookie Alex Verdugo has also been a victim to a huge drop-off in his production. The 23-year-old outfielder had an average of .372 through the team’s 20th game of the year; however, he’s hitting just .219 over his last 21 games and 85 plate appearances.

39 thoughts on “Dodgers Offense: Who’s Hot and Who’s Not in the Mid-Season”