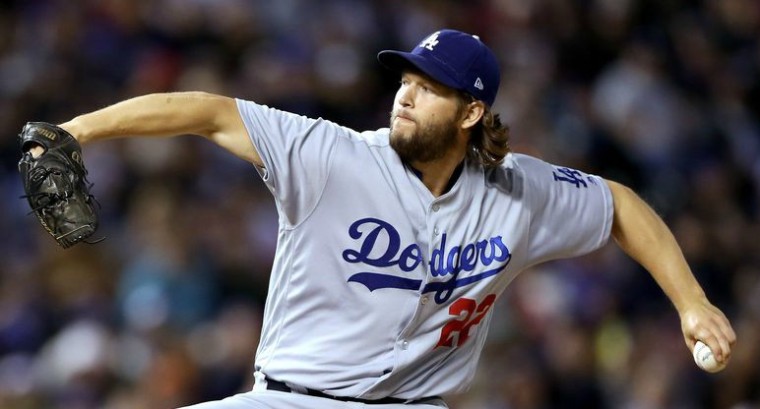 The Los Angeles Dodgers have reached the World Series for the second consecutive season, defeating the Milwaukee Brewers 5-1 to win game seven of the NLCS.

There’s nothing more exciting in sports than a Game 7, and after an entire marathon season featuring numerous peaks and valleys, it all came down to one game to fulfill the singular goal of advancing to the World Series for a chance at a championship and baseball immortality.

Walker Buehler was the starting pitcher for the Dodgers, and at age 24, he became the third youngest pitcher in franchise history to start a winner-take-all postseason game.

Jhoulys Chacin got the start for the Brewers. Coming into the game, he hadn’t yet given up an earned run in 10.1 innings of work this postseason.

Chacin is a righty, and Dave Roberts went with basically his typical lineup against right-handed starting pitchers with some minor alterations.

Chris Taylor got the start at second base in a somewhat surprising move. He had only two starts at second base after August 20 during the regular season and usually doesn’t get starts against righties.

Craig Counsell decided to go with the same defensive lineup and batting order he deployed in the Brewers game six victory for this crucial game seven.

The Brewers struck in the bottom of the first when Christian Yelich hit a solo home run to right field that just barely cleared the glove of the leaping Yasiel Puig.

The Dodgers responded immediately, as Cody Bellinger hit a two-run homer in the top of the second after Manny Machado led off the inning by beating out a bunt.

Schoop came up to the plate with two outs in the bottom of the second with runners on second and first but grounded out to Turner to end the inning.

Josh Hader came into the game for the Brewers in the top of the third. With the lefty now on the mound, right-handed batter Kike Hernandez pinch-hit for the lefty Joc Pederson.

Hernandez proceeded to strike out, and Hader then struck out Max Muncy and then got Turner to fly out to left field to end the inning.

Domingo Santana pinch-hit for Hader in the bottom of the fifth, and Buehler was able to strike him out before giving up a double to Lorenzo Cain the next at-bat.

Roberts decided to pull Buehler after the double to Cain. With the lefty Yelich due up next, left-handed pitcher Julio Urias was brought in to face him.

Taylor, who had moved to left field when Hernandez came in for Pederson, made a sliding catch running towards the wall to save a run and preserve the 2-1 lead for the Dodgers to end the fifth inning.

Hader logged three innings pitched and allowed no earned runs, one hit, and one walk while striking out four.

Xavier Cedeno took the mound for the Brewers in the top of the sixth. He gave up a single to Muncy and was promptly pulled for Jeremy Jeffress.

Turner singled off Jeffress to move Muncy to second, and then Jeffress got Machado to fly out and then got Bellinger to ground into a fielder’s choice.

Puig came up with runners at the corners with two outs. Bellinger stole second, which put two runners in scoring position for Puig.

Puig responded by smacking a scorching three-run homer to left center to give the Dodgers a 5-1 lead.

Cedeno was responsible for Muncy, and Jeffress was charged with the Turner, Bellinger, and Puig runs that resulted from the homer.

Jeffress walked Taylor on four pitches immediately following the Puig home run but then got out of the inning by striking out Austin Barnes.

Ryan Madson took the hill next for the Dodgers in the bottom of the sixth. Madson retired the next three Brewers hitters one-two-three to end the inning.

Jeffress struck out Madson to begin the top of the seventh, but then gave up an infield single to Hernandez and was pulled for Corey Knebel.

Hernadez was thrown out attempting to steal second base, and Knebel got out of the inning by striking out Muncy.

Madson stayed on the mound and got two outs in the seventh, but was pulled after giving up a single to Orlando Arcia.

Dodgers closer Kenley Jansen came into the game to face Curtis Granderson, who was pinch-hitting for Knebel.

Jansen struck out Granderson to get out of the inning. Madson finished his appearance with 1.2 innings of work with no earned runs and one hit allowed.

Brandon Woodruff came in for the Brewers to pitch in the top of the eighth. Knebel finished with 0.2 innings and no earned runs, hits, or walks allowed.

Woodruff struck out the side, and the Brewers went into the bottom of the eighth inning still down by four runs.

Jansen continued to roll through the Brewers batting order by pitching a perfect eighth inning and preserving the lead.

Puig led off the ninth with an infield single. The next at-bat, Taylor hit a double, which moved Puig to third base. Barnes grounded out without getting the runner at third across home plate.

Matt Kemp pinch-hit for Jansen, and Woodruff intentionally walked him to load the bases for Hernandez. Jansen finished with 1.1 innings and no earned runs, hits, or walks allowed.

Hernandez struck out, and Muncy struck out to end the inning after originally getting the count to 3-0 to begin the at-bat.

For the ninth inning and needing three more outs to advance to the World Series, Roberts sent out Clayton Kershaw to the mound.

Kershaw retired all three batters he faced, and the Dodgers will represent the National League in the World Series for the second consecutive season.

Bellinger, with his huge home run in the second inning, was named the NLCS MVP.