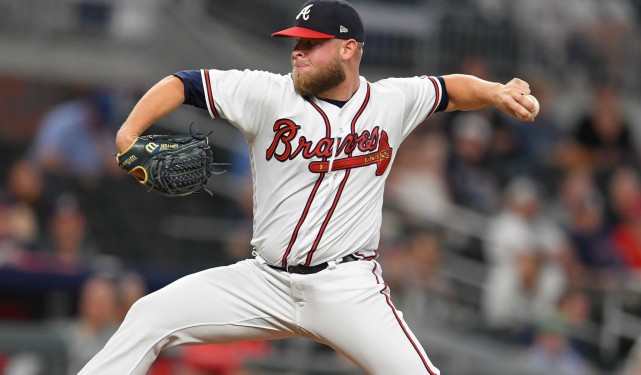 Unlike the relative monotony of the first two contests, Game 3 of the NLDS on Sunday evening had plenty of action for fans of both clubs to appreciate. Ultimately, it was Atlanta who prevailed, as the Braves secured a 6-5 victory and forced a Game 4 on Monday afternoon in Atlanta.

Rookie Walker Buehler was the starter for the Dodgers, and it appeared as if it would be smooth sailing for the youngster after using just five pitches to retire the Atlanta side in the bottom of the first. But the second inning was a different story. With the bases loaded and two out, Buehler lost all sense of the strike zone and walked pitcher Sean Newcomb, which provided the Braves with an early one-run lead. One batter later, fellow rookie Ronald Acuna Jr. launched a no-doubter to left to extend the lead to five.

With the homer, the 20-year-old Acuna became the youngest player in MLB playoff history to hit a grand slam.

But Buehler settled down, and the Dodgers clawed their way back into the game. Enrique Hernandez and Chris Taylor finagled a pair of two-out walks off Newcomb in the top of the third. One batter later, a two-run single by Justin Turner cut the lead to 5-2, as it appeared Los Angeles didn’t plan on lying down without a fight.

After a Yasmani Grandal walk in the fifth inning, Taylor struck a long ball to left field off the Braves’ second pitcher of the evening, Kevin Gausman. Two batters later, southpaw Max Fried, in relief of Gausman, surrendered a deep ball to center field off the bat of Max Muncy, which knotted the game at five.

Alex Wood replaced Buehler in the bottom of the sixth frame. On his first pitch of the night, Wood surrendered a solo home run to Freddie Freeman, allowing the Braves to reclaim the lead. In a series that was previously highlighted by multiple Los Angeles home runs, the Braves, seemingly, were giving the Dodgers a taste of their own medicine.

The Dodgers had a small rally in the eighth after a Brian Dozier pinch-hit single and a Grandal walk, but setup man A.J. Minter closed the door by coaxing a groundout off the bat of Yasiel Puig.

Pinch-hitter Joc Pederson, facing Atlanta closer Arodys Vizcaino in the ninth inning, led off with a long single to right. Pederson would reach second on a Turner walk, and both runners advanced one base on a Vizcaino wild pitch, putting the Dodgers in a position to tie or claim the lead. However, the hard-throwing righty closer was eventually able to close the door and seal the 6-5 victory.