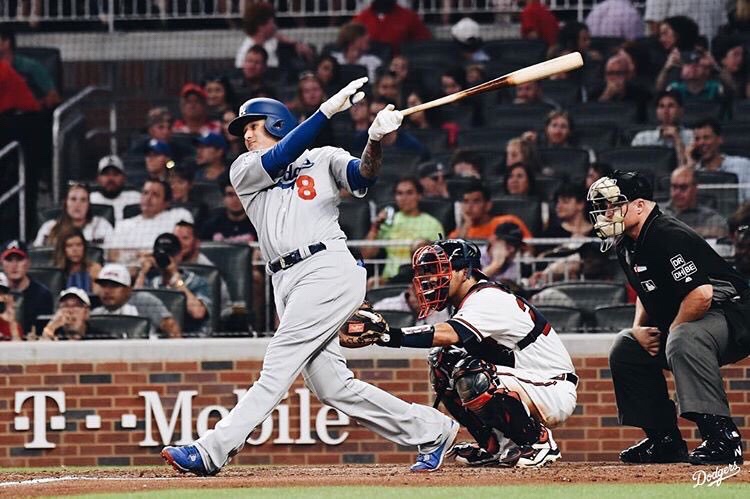 The non-waiver trade deadline is just over three days away. So far, the Dodgers have made probably the biggest splash, acquiring Manny Machado from the Baltimore Orioles. Will they make more? Do they really need to?

Common sense says yes. Fandom screams yes. The bats the Dodgers have are very good and will be even better when a healthy Justin Turner returns to the lineup. The help the Dodgers need to push them over the edge is in the bullpen. Or do they? Do Dodgers really need to go out and get an arm or two, or stay steady?

First, some reasons to stay steady. Before Thursday night’s game, Joe Davis tweeted that over the last 60 games, the Dodger bullpen leads the NL with a 3.13 ERA, and average against with a .215. There have been some clunkers here and there, but overall, the bullpen has been pretty good. It’s seen the rise of Caleb Ferguson (this year’s Ross Stripling?).

Perhaps the biggest factor in staying steady is that the Dodgers are soon going to have too many starting pitchers. Both Hyun-Jin Ryu and Julio Urias are getting close to their return to the team, with both heading out on rehab assignments in the next week or so. The Dodgers are also on a six-man rotation at the moment. Manager Dave Roberts is not entirely sure how long that arrangement will last, but it is a good problem to have. Walker Buehler and Urias both will have their innings monitored, and the bullpen could be the place they both wind up, Urias especially, as he is c urrently on a three innings per game limit.

We all remember Kenta Maeda being nails out of the bullpen throughout the playoffs last year. Who’s to say one of the other starters can’t do that this year? We’d have to wait until closer to the playoffs to determine who that would be, but it’s a strategy that has worked before.

On the other hand, one look around the majors tells you that teams that are already pretty good are still improving to get even better. Yesterday, the Cubs traded for LHP Cole Hamels from the Texas Rangers. The New York Yankees this week added both Zach Britton and J.A. Happ to their pitching staff. Conversely, the Washington Nationals are said to be deciding if they will become sellers now, perhaps adding some good arms to be had that weren’t thought to be available before.

The Dodgers have a deep farm system, and the front office is pretty adept at working out trades in their favor. Kenley Jansen has not looked as dominant as previous years and especially not ready for four to six outs in a game. Every arm in the bullpen has looked sub-par at one point or another. The Dodgers don’t have a Brandon Morrow type this season. There can’t be a thing as too many good arms, and the NL is ripe for the taking. Any AL team the Dodgers could face in the World Series will just be a stacked lineup, why not go get more help?

I think when Tuesday afternoon comes, the Dodgers will have acquired one more arm, probably not a huge name, but a solid get. That’s just their MO. Slow and steady and stable. And there’s a lot to be said for that. I can see a team like the Yankees going all in this season, and then maybe not especially early planning for the next few years. The Dodgers front office is doing just that—making sure the Dodgers are good now and for a long time to come. As frustrating as it may be for fans to watch, as other teams continue to make big moves, it should be appreciated. This Dodgers team is good enough to take them back to a World Series, another big trade or not.

5 thoughts on “Dodgers at the Trade Deadline: Hold Steady or Go All In?”