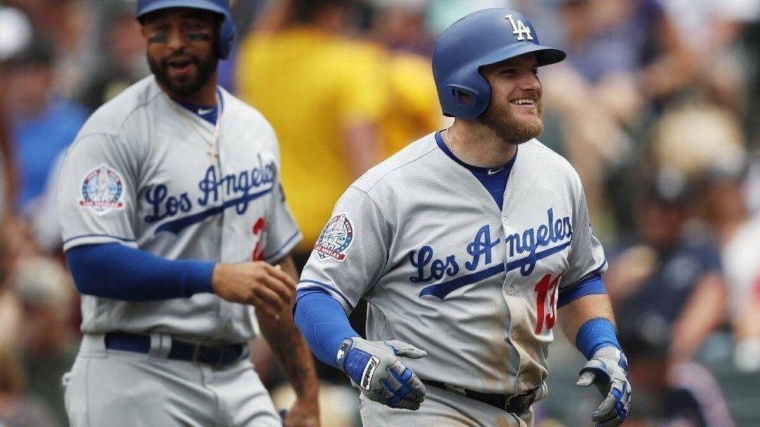 Say the words “Houston Astros” in L.A., and you’ll get a variety of responses but, more often than not, you’ll hear tales of the 2017 World Series. The cities of Houston and Los Angeles are forever connected and, until the Dodgers get a second chance, Houston will be the hero of that tale. Travel 258 miles North up I-45, however, and you’ll hear a different story.

Once upon a time, there was a great and powerful rivalry that spanned the state of Texas, and it has yet to end.

On Tuesday night, the Dodgers met the other half of the Lone Star rivalry, marking the first time a team from Texas has played at the Ravine since November 1st, 2017.

Yasiel Puig began the scoring in the second with a double that scored Cody Bellinger, and Pederson would bring him home with a home run to center. The Dodgers did not slow down after that. Max Muncy homered in the third, and the Dodgers would win it in fourth, where they scored seven runs, including a two-run shot to center by Puig.

Interleague matchups are always exciting, mainly because these are teams we, the fans, as well as the players, rarely see them. The Rangers are no strangers to Southern California, as they play the Angels on a regular basis, but in Downtown LA, it’s a whole new ball game.

Interleague matchups are also interesting because they are the closest thing we get to the World Series, even in the middle of summer. Though it’s doubtful the Rangers will be making it to the Fall Classic this year, they still brought the energy of the American League with them to the West Coast.

Last night’s game wasn’t anything new. Over the past few weeks, the Dodgers’ offense has exploded. They’ve completely flipped the script of whatever they were dealing with early on in the season, and though that’s true, they have plenty more to accomplish.

But let’s live in Tuesday night’s victory for a little longer.

Caleb Ferguson made his second start in the majors and his first at Dodger Stadium. The home crowd clearly made a difference as he would pitch longer, and better than he did in Pittsburgh. Through four innings of work, Ferguson allowed two runs, walked two, and struck out three. With all the injuries to the rotation that the Dodgers are currently dealing with, it’s looking like Ferguson could be in the rotation until Rich Hill returns from the DL, but nothing has been confirmed yet.

In the end, the Dodgers went on to win a game they were expected to win from the start. The Rangers were 27-41 when Ferguson threw the first pitch of the game to Shin-Soo Choo, and with the Dodgers as hot as they are right now, the Rangers would’ve needed a flawless performance out of Bartolo Colon in order to pick up the W.

So, the question we ask ourselves now is this; are the Dodgers finally back to their old selves?

Hold on, as I was thinking about it, Muncy just hit his 200th homer of the season. So, whatever this is, let’s enjoy it .