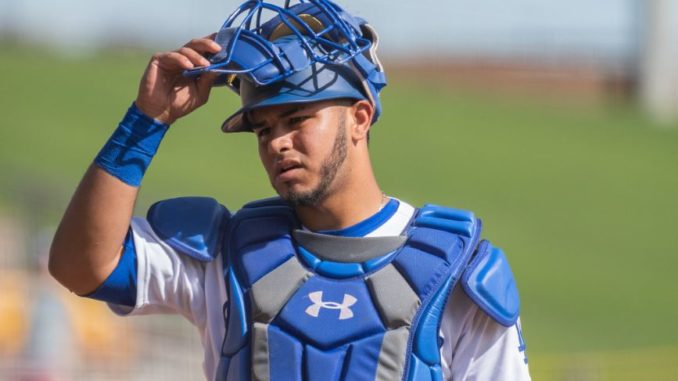 In a move about 90 minutes before the first pitch of Saturday’s game against the Angels, the Dodgers announced that they have recalled catcher Keibert Ruiz after placing catcher Will Smith on the injured list with neck inflammation.

Smith’s move to the injured list is retroactive to August 13.

The 22-year-old Ruiz will be available immediately. His next appearance will be his major league debut. The Venezuelan born backstop has been with the Dodgers’ organization five seasons, hitting a combined .299 (430-for-1580) with 29 homers and 199 RBI through five different levels. Last season, he split his time between Double-A Tulsa and Triple-A Oklahoma City, batting a combined .261 (82-for-314) with six homers and 34 RBI.

Ruiz was originally signed by the Dodgers as an international free agent on July 20, 2014. For his big league debut, he will wear uniform No. 25.

With his former battery-mate Dustin May on the mound in the series finale, it is presumed that Ruiz might garner his first start as early as Sunday afternoon.

Although we’ve profiled Ruiz extensively over the years, we detailed his recent progress as recently as January.

The Louisville native was originally drafted by the Dodgers in the first round of the 2016 First Year Player Draft out of Louisville.

(Juan Dorado furnished some information provided in this report)