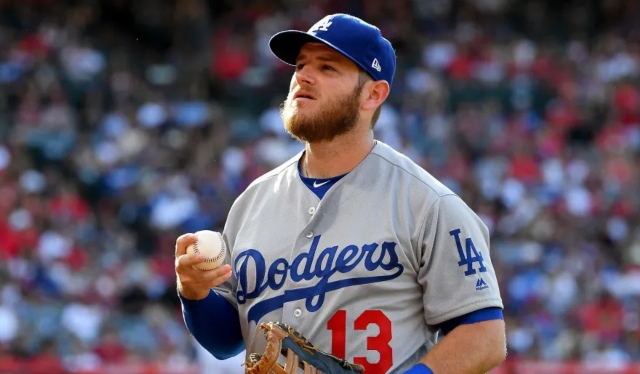 Sometimes, good things do come to those who wait.

On Thursday morning, the Dodgers signed infielder Max Muncy to a 3 year, $26 million extension. The deal also includes an option for a fourth year at $13 million or a $1.5 million buyout.

This was the first season that the versatile infielder was eligible for arbitration. He requested $4.675 million per year, and the Dodgers countered at $4 million. This new deal now pays Muncy an aggregate of  $9 million per season, avoiding future arbitration and giving him some career stability.

Three years ago, Muncy was released by the Oakland Athletics, where he had logged minimal big league playing time. He considered his options to be Japan, Korea, independent league ball, or retirement. But, he instead signed a minor league contract with the Dodgers, who, while they didn’t have room for him on the major league roster at the time, told him to stick around. He spent the whole year in Triple-A Oklahoma City before being called up in the spring of 2018.

He never went back down.

Over the course of the last two seasons with the Dodgers, Muncy has done nothing but delivered and has given fans such memorable moments such as the Dodgers only 18th inning World Series walk-off home run, and hitting a home run off of perpetual angry pitcher Madison Bumgarner, telling him if he didn’t like it, he should “go get it out of the ocean.”

In his two seasons with the Dodgers, he has amassed 70 home runs and 177 RBI alongside a .927 OPS. He is one of the six players in the majors over that time frame to have produced such a stat line. He’s also one of five Dodgers players to ever have back-to-back 35 home runs seasons.

I for one am glad to see the Wolf back with his pack for three more years. On a team of superstars, Muncy has been a steady force, and one who’s bat doesn’t disappear in the offseason, unfortunately rare for this team lately.

Chris Taylor and Pedro Baez are awaiting the verdict of their respective arbitration hearings.