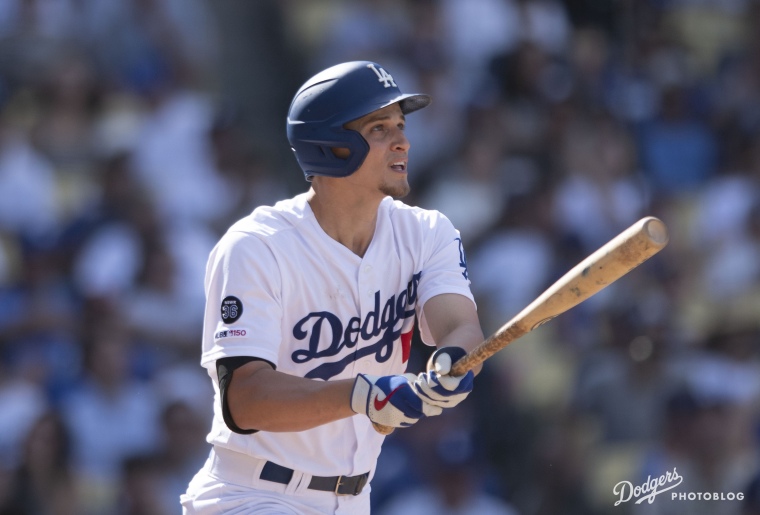 The 2016 Rookie of the Year is peaking at the right time. Corey Seager has been named NL Player of the Week for the week ending September 21st. The announcement was made earlier today on MLB Network.

To earn the Player of the Week honor, Seager batted .500 (10-for-20) with five runs scored, two doubles, a triple, two home runs, seven RBI and a 1.000 slugging percentage over five games played.

Corey has a hit in each game during his award-winning week and enters play today in the midst of an eight-game hitting streak, dating back to September 13. He’s also recorded two hits and a run scored in each of his previous five games since Tuesday, and is tied for the 10th longest such streak in franchise history, and the longest since Dee Gordon’s five game streak in 2014.

The lefty shortstop hit his 18th home run of the season in yesterday’s contest against the Colorado Rockies, leading the Dodgers to their 100th win of the season.  Los Angeles has now reached the 100-win milestone twice in the last three seasons (also 2017) and is on pace to enter the Postseason with the best record in the National League.

Seager has been hindered by injury this season, but seems to be hitting his stride just in time to lead the Dodgers through the playoffs.

9 thoughts on “Corey Seager Named NL Player of the Week”