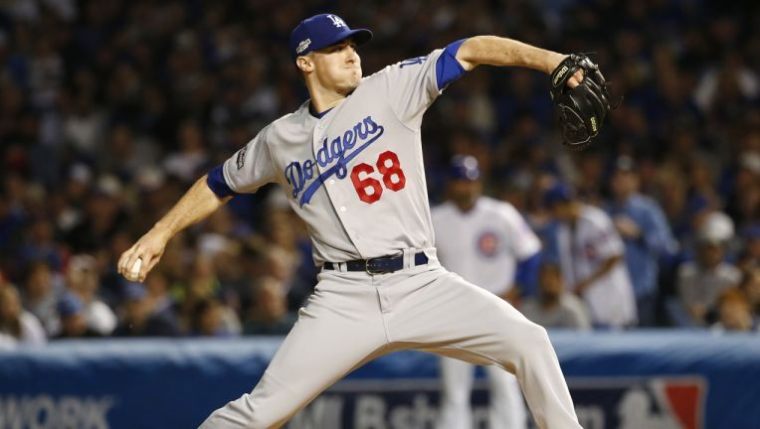 It isn’t an overwhelming number of players, but the first wave of September roster reinforcements has arrived in Arizona ahead of the series finale against the Diamondbacks on Sunday.

Stripling will get Sunday’s start on the mound for the Dodgers. He has been out since July 24 with a combination of a strained neck and biceps tendinitis. He’s expected to pitch two or three innings with rookie right-hander Dustin May following at some point to make his second big league relief appearance.

Freese returns to action after missing over five weeks with a left hamstring strain. He immediately slots into Sunday’s starting lineup, as he’s slated to play first base and bat second. The 36-year-old veteran has a .300/.399/.579 slash line in 163 plate appearances this season and could see a decent workload while Max Muncy remains on the injured list with a small wrist fracture.

Floro has been dealing with a left intercostal strain and has made just one big league appearance since August 1. He made a rehab appearance with High-A Rancho Cucamonga on Thursday, tossing eight pitches in one perfect inning. The 28-year-old Merced native is 4-3 with a 3.89 ERA and 1.30 WHIP in 39 appearances this season.

According to Bill Plunkett of the OC Register, more players will be added after the Pacific Coast League season ends Tuesday. However, Dodgers manager Dave Roberts said no decision on Gavin Lux’s status has been made. The Dodgers have indicated Lux will join the team for September either on the active roster—he is currently not on the 40-man roster—or in an internship situation like Will Smith last year.