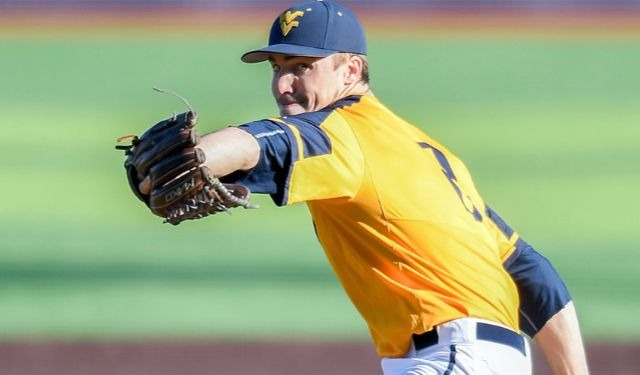 After selecting righty pitcher J.T. Ginn with their first selection of the 2018 MLB draft on Monday evening, the Dodgers chose West Virginia University right-handed pitcher Michael Grove with the 68th overall selection in the second round.

“Grove is a little bit of a unique case. A lot of credit goes to our area scout, Jonah Rosenthal, as he was able to see him both freshman and sophomore year at West Virginia and was able to gain some familiarity with his physical ability. We felt like Grove’s talent level matched that pick and our comfort level of where he was with his post Tommy John surgery, it made sense for us.” said Gasparino.

Before surgery, he threw comfortably in the mid-90s with his fastball and mixed in a plus breaking pitch, locating both with good consistency.

Grove became the fourth West Virginia University product to be selected in the first two rounds of the draft.

(Lauren Douglas provided some information furnished in this report)