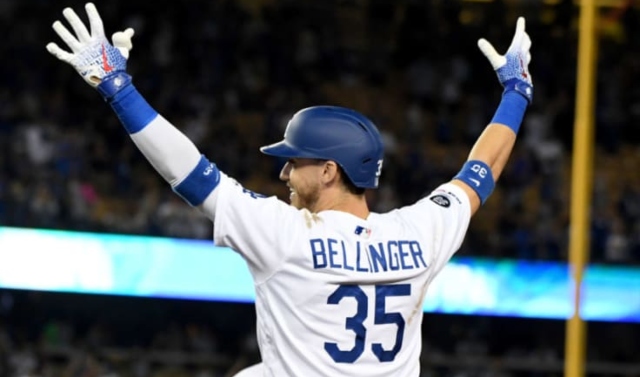 We are now in January, the time when the negotiations to end the lockout were supposed to take place. So far, it remains stagnant, even though MLB insider Ken Rosenthal was reportedly let go for his criticism of MLB commissioner Rob Manfred.

It is starting to get to the point where it may affect the season if no progress is made soon.

All hope is that we still get a season at some point in time. Getting back into some Dodger-related insight, we’ll be taking a look at some players who could be poised for big comebacks in 2022. It could be because they suffered an injury, struggled or simply didn’t live up to their standards.

Originally beginning the year as the fifth starter in a loaded rotation, May suffered an injury early that required Tommy John surgery. At the time of his injury, he had only started five games and had a 2.74 ERA. If it wasn’t for the jam-packed Dodgers rotation at the beginning of the season, May could have easily been a number two or three or any other rotation.

Obviously, he will not be ready for the start of the 2022 regular season, but he can possibly join the team around June. May is a great young pitcher and can very well be poised for a great 2022 campaign once he is healthy.

Kahnle did not step on the mound for the Dodgers during 2021. He was signed during the 2020 offseason from the Yankees, but also had Tommy John surgery. He should be ready to join the Dodgers bullpen during the 2022 campaign.

During the 2020 season, he only pitched in one game before getting hurt. During his last full season in 2019, he posted a 3.67 ERA in 72 appearances and a WHIP of 1.06. If he is able to stay healthy, he could be a big contributor in the Dodger bullpen.

The former NL MVP had a rough 2021, from various injury list stints to struggling at the plate. Come playoff time, he turned it around, but Dodger fans are hoping for a comeback of that 2019 MVP version. This one just feels natural, as it seems Bellinger is just too good of a hitter to remain below the Mendoza line.

Anything really can be an improvement from .165. If he manages to stay healthy throughout the year, his numbers will improve. Before the lockout, Bellinger and the Dodgers agreed to a one year $17 million deal to avoid arbitration.

Those are just three players for the Dodgers I think can be poised for comebacks in the 2022 season.

Today is also the one year anniversary since the passing of Dodger legend Tommy Lasorda, so I’d like to pay my respects to the great baseball icon.

22 thoughts on “Which Dodgers Are Poised for Comebacks in 2022?”