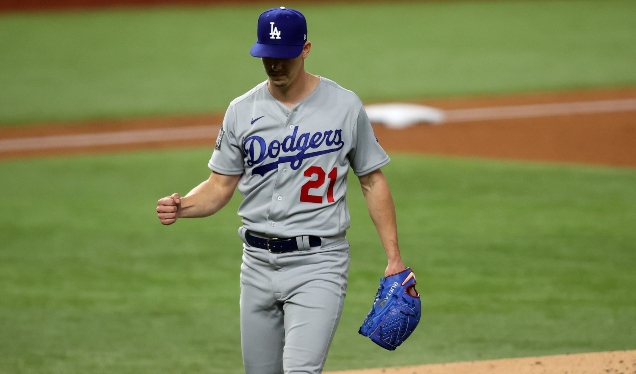 For the first time in history, these two historic rivals will meet in the postseason, the Los Angeles Dodgers and San Francisco Giants. They will meet in a best out of five affair in the National League Division Series.

Both teams have won over 105 games in the regular season, which sets an all-time record in the postseason. The Giants won the regular season series 10-9. However, the Dodgers outscored them in those games 70-68. Only one game separated these two teams in the standings.

What I’m trying to get to here, is that this has the potential of being one of the best postseason series of all time. There are many storylines here — the history between these two rivals and how close they were throughout the regular season, the first playoff meeting between them, and as well Farhan Zaidi against Andrew Freidman.

As you may know, Zaidi was the Dodgers general manager under Freidman until he left to become President of Baseball Operations for the Giants.

Playoff nerves for fans will be at an all-time high. I can not recall a playoff series of this magnitude so early in the postseason.

Personally, I believe whoever wins the 2021 World Series is coming out of the National League.

The Dodgers unfortunately in all likelihood will be without Max Muncy. The first baseman had enjoyed great success against the Giants, all year long even being dubbed the nickname “The Giant Killer.”

Pitching matchups for the first two games have been announced.

Game 1 will be Walker Buehler against Logan Webb, while Game 2 will be Julio Urias against Kevin Gausman.

Buehler has been nothing but stellar for the Dodgers throughout his postseason career. In 61 ⅓ innings, Buehler has posted a 2.35 ERA. Buehler did struggle a bit in September posting a 5.40 ERA in the month. However, in his last regular-season start against the Brewers, he only gave up one run in five innings. This season, Buehler started six games against the Giants, and the Giants were victorious in three of those.

His counterpart in Webb will make his first start postseason of his career. The righty went 11-3 with a 3.03 ERA in the regular season. For Webb’s last start against the Dodgers, you’d go back all the way to July 27, a game in which he went six innings allowing one run on three hits.

It is kind of a shame we are getting this playoff matchup early, as it is only a best out of five instead of seven.

These two teams are so seemingly evenly matched, that one simple mistake could determine the series. Technically, both teams have won 107 games at this point of the season. One thing for sure is that this series will be nerve-racking.

For one side, it will be the end of the road even though they had a great regular-season. Neither side will fold easily.

As far as my prediction goes, it will be very close throughout, but I’m going with the Dodgers in five games. Yes, I think the Dodgers will win an elimination game at Oracle Park.

The first pitch for Friday’s Game 1 will be at 6:37 p.m. Pacific. from San Francisco.

10 thoughts on “A Closer Look at the Dodgers vs. Giants NLDS”